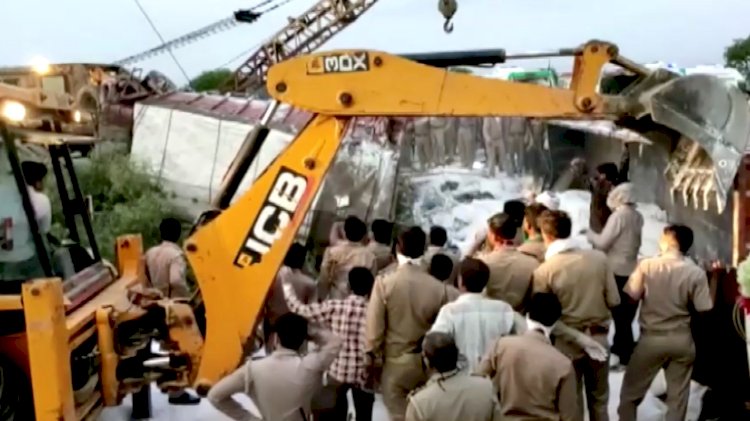 At least 32 people have been killed in a horrible road accident after a passenger bus fell off a bridge into a canal in India’s Madhya Pradesh state.

More casualties are expected as about 60 passengers were in the bus which fell into a canal in Sidhi district. The unfortunate incident happened on Tuesday morning at around 7:30 am local time. Seven people have been saved besides the recovery of dozens of dead bodies.

According to local media reports, the private passenger bus was carrying the passengers from Sidhi to Satna which fell into the Sharda canal.

As stated by an eyewitness as he told the media, the bus drowned completely in the water and was not visible in the morning hours.

The district administration stopped the release of water into the canal from the Banganga project and two cranes pulled out the bus after the water level came down.

The accident resulted in the cancellation of the special event of a housing project which was to be virtually attended by the union home minister. The government announced to provide compensation money to the deceased people.

China Declared As 'Malaria-free' By WHO After 70 Years...