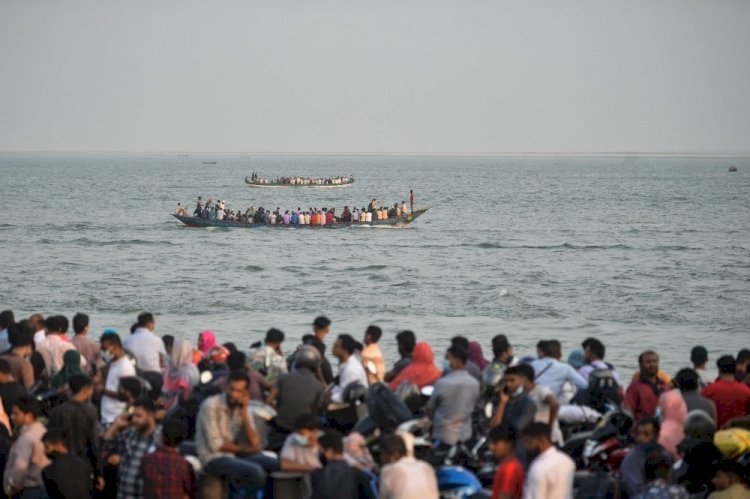 Thousands of people rushed to get the last trains, buses, and ferries out of Dhaka on Tuesday before a nationwide transport shutdown to curb the spread of coronavirus.

As the new cases and deaths striking record numbers, Bangladesh’s government has ordered all offices and shops to close for eight days from 6 am on Wednesday.

The country will become virtually disconnected from the outside world with all international flights suspended, and domestic transport reduced.

In Dhaka, many of 20 million greatly wanted any vehicle to bring them back to home villages and towns, due to quickly rising taxi and bus fares. Crowds besieged the main bus stations of the city, although most inter-city routes having stopped on April 5 after fresh restrictions are being imposed by officials.

“So, there is no means we can take them back to their homes,” stated bus firm manager Rakib Rahman, adding: “But the microbus, car, and motorbike drivers are of great help to this mad rush”. Police also stopped people boarding trucks that were bringing many out of the city, fearing the overcrowded vehicles would easily allow the virus to spread.

Hamidur Rahman, a 25-year-old shopping mall worker, was failed to get a minibus from Gabtoli bus station to his home in western Jeysore district.

“A regular bus ticket to Jessore charges a maximum of 500 takas (six dollars). We have to pay 1,000 for a seat,” he stated, after merging with 12 others to rent a whole bus.

Didarul Alam, a 22-year-old student, and part-time primary school tutor mentioned that he could not have enough money to stay in Dhaka.

“The students inform me they don’t want my services. The helper who cooks in our hall has left so I am also going,” he said.

The South Asian nation of 168 million people has reported 684,756 cases and 9,739 deaths, but the number of daily cases has increased by seven times in a month.

Coronavirus Can Cause Permanent Brain Damage