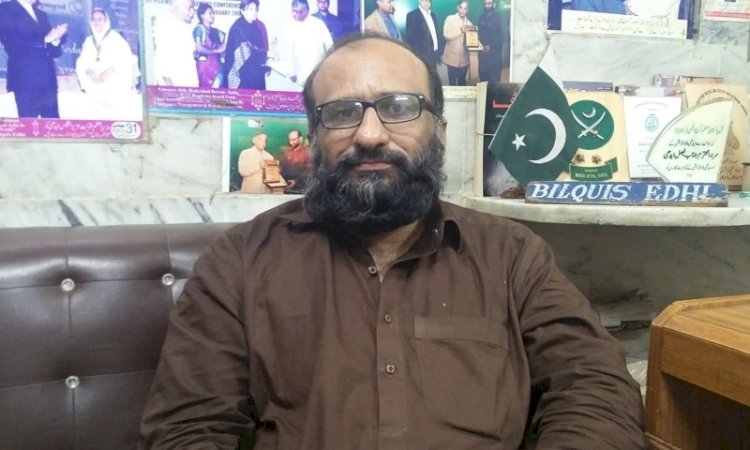 Social worker and head of Edhi Foundation, Faisal Edhi has offered to provide 50 ambulances for COVID-19 patients in India, as a goodwill gesture, on Friday.

Faisal Edhi, in his letter to Indian Prime Minister (PM) Narendra Modi, has stated anguish over the surge in cases and deaths of the people due to coronavirus in India and offered support in this difficult time.

He elaborated that the Edhi foundation is willing to facilitate by emergency medical technicians, drivers, office, and supporting staff. All we need is the Indian government’s permission and cooperation from local government and police in this matter, he added.

He further stated that the Edhi foundation can aid in any area according to the suggestions of the Indian government.

The progress arose as Delhi hospitals issued severe requests for oxygen and 13 COVID-19 patients lost their lives in a fire, as India’s healthcare system faces a new wave of infections.

A new virus variant is blamed for the rise in cases and the government is allowing "super spreader" public events to go ahead, as another 330,000 new infections and 2,000 deaths were reported during the 24 hours.

According to a local official, the latest in a series of fires at hospitals erupted in the suburbs of Mumbai early Friday morning. It has since been extinguished and the cause was being investigated.

"There was a total of 17 patients inside when a fire broke out in the ICU of Vijay Vallabh Hospital, out of which only four survived and have been shifted to other facilities," stated fire department official Morrison Khavari.

India’s healthcare system has suffered from insufficient financing for a long time and the new COVID-19 outbreak resulted in critical shortages in oxygen, drugs, and hospital beds, sparking desperate appeals for help.