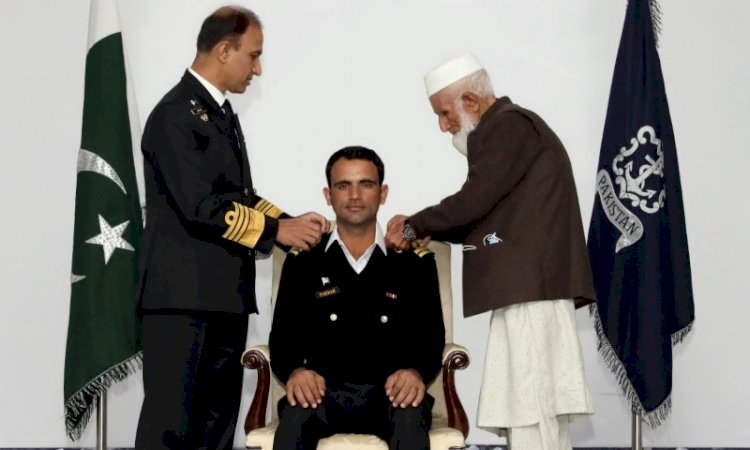 Cricketer Fakhar Zaman was conferred with the honorary rank of Lieutenant by the Pakistan Navy to acknowledge and reward his contribution in Pakistani sports and for his past association with the Navy.

The honorary rank of lieutenant was awarded to him on Monday and the Chief of Naval Staff Admiral Muhammad Amjad Niazi conferred the honorary title to Fakhar Zaman.

The activity took place during the Epaulette award ceremony which was held at the Naval Headquarters in Islamabad.

Zaman who is now a renowned Pakistani cricketer has previously served in Naval forces. He joined as a sailor in 2007. Very early on, his cricketing skills were recognized at various tournaments. He was an exceptional player and won many laurels for the Navy.

He made his international debut while serving in the International Defence Cricket Challenge Cup of the year 2012 and won the ‘Best Player of the Tournament’ award in the cup.

He was also awarded the Sanad-e-Tahseen award by the Joint Chief of Staff Committee, recognizing him for his excellence in sports.

Read More: No Pakistani Player In Any Of The ICC Teams Of The Decade

It was Pakistan Navy who gave him the opportunity to work on his career in sports and join Pakistan National Cricket Team.