From Valleys of Baluchistan to Sharing Studios with Ali Zafar: Urooj Fatima is an Emerging Talent of Pakistan. 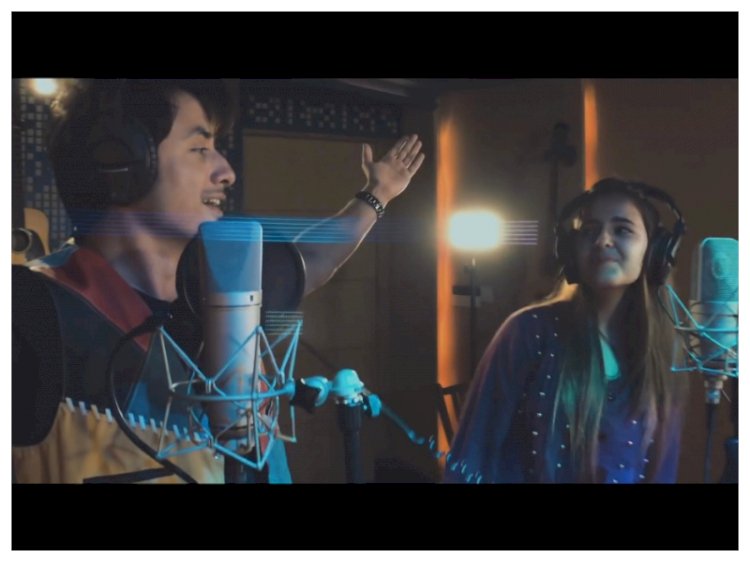 Young & emerging Social Media Sensation Urooj Fatima who recently did duet “Laila o Laila” with music guru and the most loved character of Pakistan, Ali Zafar. The duet is recorded in Baluchistan’s native language and is released on YouTube on 11th October 2019, and crossed 1 Million views in just 3 days, WOW. If you have not listened to this Song yet then you are missing it Big Time, Go Ahead and listen to it NOW!

12 year old Urooj Fatima said that it was her dream to perform with Ali Zafar and upon her request the Music Guru agreed and they finally shared studios on 11th of October and the little one won the hearts of many and became a talk of the town.

Well, Its very rare to see young talent from Baluchistan to come forward at this early age and get this much recognition. Upon asking in one of her interviews that what is her support and how did she manage to reach this level, she said ” There is lot of Talent in Baluchistan but Young People do not get a proper Platform to present what they have in stock” and another factor is support from family. “She is very Lucky to have such a supporting family” she added.

While talking to a local TV channel, Urooj Fatima Said Singing with Ali Zafar is a great and a most exciting opportunity for her, and she is optimistic about her song Laila o Laila that it will get fame for sure. However, UNICEF helped Urooj Fatima to approach Ali Zafar and made this duet possible.

On asking about her future plans, she said “I am learning and will continue to learn singing along with studies” Like every other woman of backward areas, Urooj Fatima has also faced criticism but she never cared about anyone and kept moving forward and she is now a well known personality of Baluchistan and even she is getting recognition around the country. Well, this is Woman Empowerment, Take Notes ladies.!!

The post From Valleys of Baluchistan to Sharing Studios with Ali Zafar: Urooj Fatima is an Emerging Talent of Pakistan. appeared first on Nation Bytes.