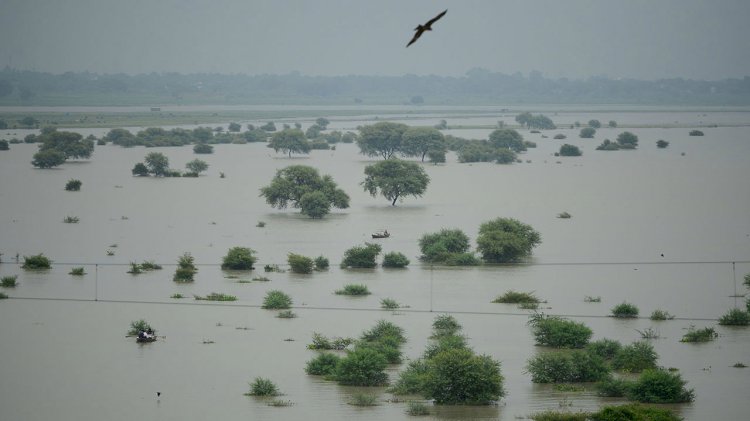 India reported on Monday that it had crossed over 300,000 coronavirus deaths, the third country after the United States and Brazil to touch the figure as it is struggling a huge wave of infections.

The country has been facing record single-day rises in infections as well as fatalities in recent weeks, as its healthcare system is overwhelmed by the third wave of Covid-19.

According to health ministry data, India’s count now stands at 303,720 after the addition of 50,000 deaths in only two weeks, as the total number of infections has increased by over 26.7 million.

4,454 Covid-19 deaths have been reported during the past 24 hours, which is the second-highest daily toll since a record 4,529 deaths on Wednesday.

The high number of deaths rose as infections fell in major cities, including the capital New Delhi and Mumbai, although lockdowns have been imposed to curb the spread of the virus.

According to many experts, the real toll is much higher, specifically in rural areas where the majority of the 1.3 billion population lives with poor health facilities and record-keeping.

The wave has overwhelmed hospitals with patients and gave rise to a severe shortage of oxygen as well as critical drugs.

Bodies of suspected Covid-19 victims have been seen buried in shallow graves or floating down the holy Ganges river.

“The bodies along the river Ganges are seeing which don’t seem to be reported as ‘Covid-19’ deaths but are much expected to be Covid deaths,” Ashoka University biology professor Gautam Menon said.

“As everyone agrees that death undercounting is there, the question arises, what is the level of the undercounting and has it consistently been a large figure, or has it only raised.”

Experts alerted that religious festivals and state election rallies held earlier this year could have resulted in virus “superspreader” events and vaccinations on a huge scale are the only long-term solution.

India has administered only more than196 a million shots since mid-January, but according to the experts, the programme needs to be significantly increased.

Anti-Malaria Drug is a Cure for COVID19?