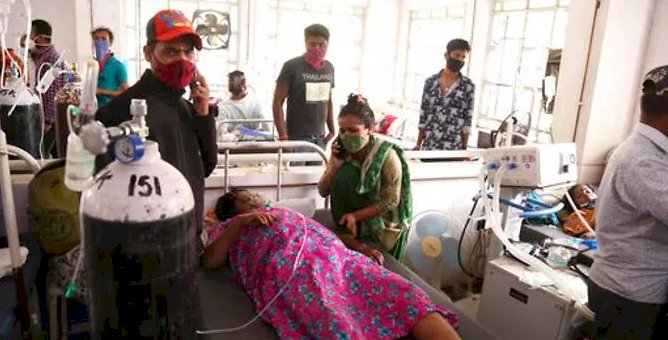 According to health officials across northern and western India including New Delhi, they were in crisis, as most hospitals were full and running out of oxygen.

Doctors in some areas were directing patients to stay at home whereas a mortuary in the eastern city of Muzaffarpur said it was being filled with bodies and grieving families had to wait for their turn.

"Right now, there is no capacity, no oxygen. Everything else is secondary," stated Shahid Jameel, a virologist, and director of the Trivedi School of Biosciences at Ashoka University. "The infrastructure is crumbling." 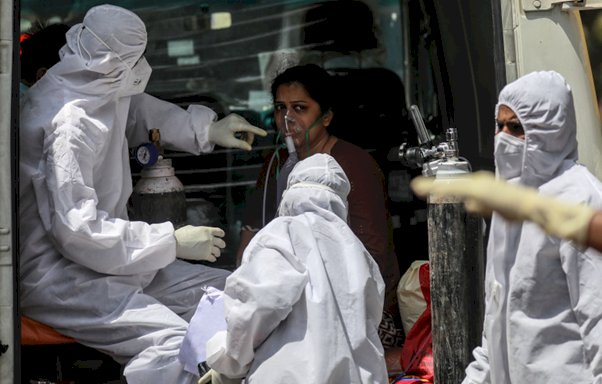 Krutika Kuppalli, assistant professor at the Division of Infectious Diseases, the Medical University of South Carolina in the United States, said on Twitter that the catastrophe was leading to a downfall of the healthcare system.

The previous record one-day rise in cases was reported by the United States, which had 297,430 new cases on a single day in January. However, its count has since dropped sharply. 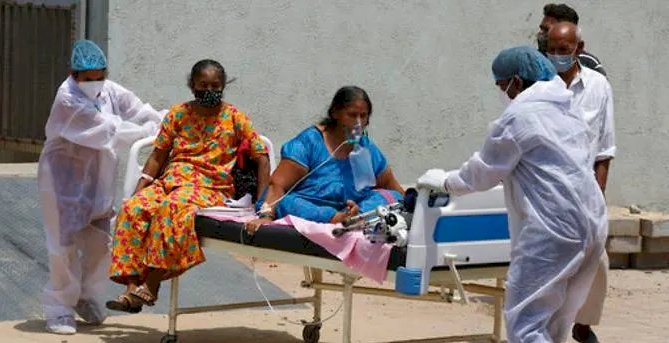 In the western city of Ahmedabad, a man fastened to an oxygen cylinder laid in the back of a car outside a hospital as he waited for a bed.

According to Delhi Health Minister Satyendar Jain, there were a shortage of intensive care unit (ICU) beds, as the city is requiring about 5,000 more than it could find. Few hospitals had enough oxygen to last 10 hours, others just six hours.

"We can't consider this as a comfortable situation," he said.

Similar rises of infection cases around the world, in South America in particular, are threatening to overwhelm other health services.

Pakistani Doctor in Saudi Arabia Awarded Medal for His...

The Smart Lockdown In Islamabad Works, Decline In Number...

COVID Vaccines: A BIG question mark on Effectiveness of...