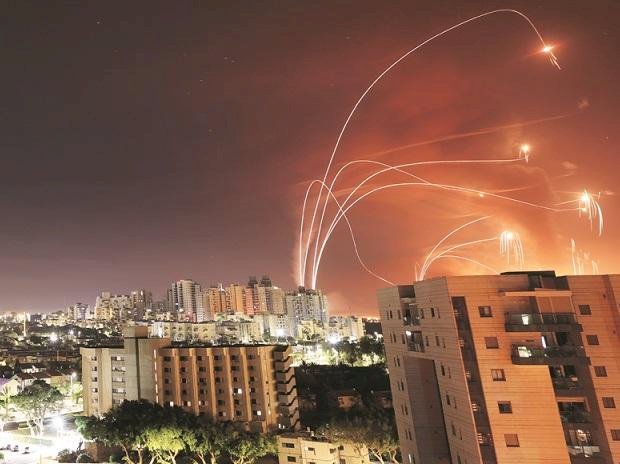 Israeli strikes on the Gaza strip killed around 42 Palestinian citizens. The series of attacks began during the last week of the holy month of Ramadan and the strikes have killed around 192 people in the crowded city of Gaza, while around 10 Israelis have lost lives to retaliatory attacks by Hamas, as reported by authorities.

“We will continue to act as long as it is necessary to restore calm and security for you citizens of Israel. It will take time,” said Israeli Prime Minister Benjamin Netanyahu in a televised address.

Israeli authorities confirmed on Monday Morning, that Israeli strikes targeted around 90 spots across the Gaza strip. In the meanwhile, global outrage against Israel poured in when one of the attacks targeted a building housing the office of Al Jazeera news.

The footage spread amongst people through social media and the narrative across the world began to shift against Israel among the common populace. However, governments in the West continue to show their support for Israel and continue to call Hamas a terrorist non-state actor posing an existential threat to Israel’s security. However, historical evidence suggests otherwise.

After the failure of the Russian Revolution of 1905, Jews immigrated to Palestine to find new homes. Palestine was ruled by Ottoman Empire back then. After the fall of the Ottoman Empire, Britain took over Palestine. In 1917, Britain declared its intent to establish a Jewish state on the land of Palestine through the Balfour declaration.

After facing resistance from the Muslim world especially Arab countries, the British left the ball in the UN’s court. United Nations then decided to put the decision to partition Palestine to vote in 1947. The Jewish State of Israel came into being in 1948 with the US as its guardian angel.

The state of Israel constituted half the land of Palestine according to the UN’s mandate despite the fact that Israel’s population was minuscule as compared to Palestine. Once Jews got their land, they also grabbed some part of Arab land. That is where the conflict began. The very next day of the proclamation of the Israeli state, Egypt, Jordan, Syria, Iraq, and Lebanon sent forces to invade the state. However, Israel managed to fight the force off and surprisingly or not, grabbed more territory than before.

Hamas, however, is an organization that came into being much later in 1987 in response to settler tendencies of the newly formed State of Israel. It has been taking on Israel’s occupational forces on the ground and is now retaliating with airstrikes on Israeli land.