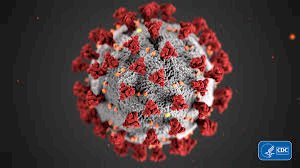 ISLAMABAD, Aug 23 (APP): Pakistan has recorded the lowest number of deaths due to COVID-19 in the past 24 hours as only four perished due to the deadly virus amid 93.8 percent recovery ratio of total affected patients of Coronavirus. National Command and Operation Centre (NCOC) on Sunday issued the latest statistics of COVID-19 deaths, positive cases and recovered patients across the country.

As many as four people have lost their lives due to COVID during the last 24 hours. Out of the total deceased 3 died in hospital and one died out of the hospital on August 22. Almost 121 ventilators were occupied across Pakistan out of 1920 ventilators allocated for COVID-19. During the last 24 hours, 591 people were tested COVID positive where the total active COVID cases in Pakistan were 10,694 as of August 23.

However, 24,956 tests were conducted on August 22 across the country as in Sindh a total of 9,311, Punjab 9,019, Khyber Pakhtunkhwa (KP) 2,959, Islamabad Capital Territory (ICT) 2,849, Balochistan 282, Gilgit Baltistan (GB) 291, Azad Jammu and Kashmir (AJK) 245. Around 275,836 people had recovered so far across Pakistan making it a significant count with 93.8 percent recovery ratio of the affected patients. "There is no patient on ventilators in AJK and Balochistan.

After tireless strides since the first Coronavirus case reported in the country a total of 2,439,858 tests were conducted so far. Around 735 hospitals were equipped with COVID facilities with 1,173 patients admitted across the country.