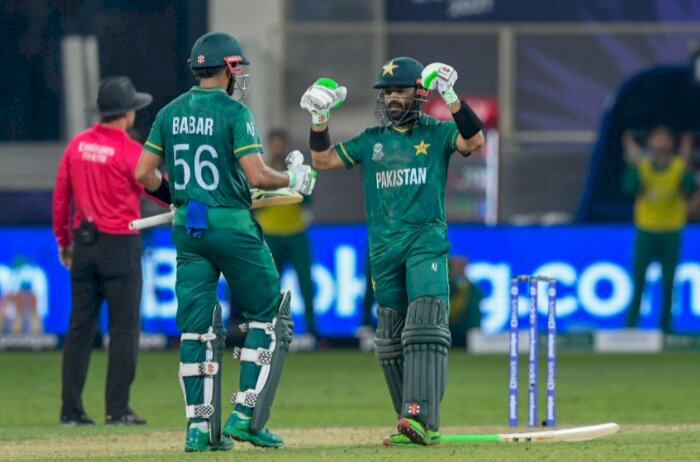 It is the first time that Pakistan has beaten India in a world cup match.

India made 151 at the loss of seven wickets with captain Virat Kohli being the top scorer with 57 runs from 49 balls after hitting five fours and a six.

152 Target successfully chased by Pakistan against India, the second-highest chase in men's T20Is without losing a wicket.  Mohammad Rizwan and Babar Azam's unbeaten partnership is now the highest opening partnership in the men's T20 World Cup.

Shaheen Shah Afridi was the pick of the bowlers as he got three wickets including that of Rohit Sharma, Virat Kohli, and KL Rahul.