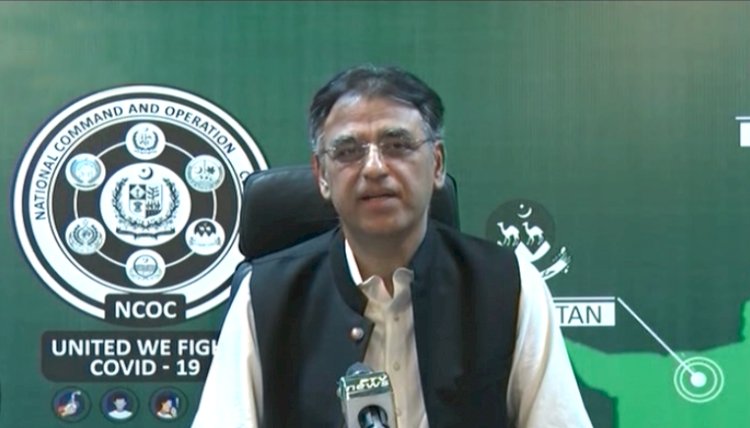 In a media meeting on Wednesday, he said that about 600 coronavirus patients from the whole country are being admitted to hospitals every day.

“Currently, the number of Corona patients on oxygen is over 4,500 which is 30% more as compared to the first wave of the virus,” Umar highlighted.

The positivity ratio of the deadly virus across Pakistan has increased owing to the UK variant. The ratio of positivity in Mardan is 33%, Rawalpindi is 28%, Lahore is 27%, Peshawar 26% and, Multan is 21%.

“Sindh, which we initially thought was safe from the virus, has also increasing number of positive cases,” he said. On Tuesday, the infection rate in Karachi reached 13%, whereas in Hyderabad it was 15%.

According to him, there are many cities where the capacity of ventilators has reached 80%. “Another alarming situation is the rise in the supply chain of oxygen in Pakistan.”

Pakistan has tried to curb the spread of the virus with strict implementation of protective measures and SOPs. We must continue doing that because the virus is rapidly affecting the region, the NCOC chief said.

On the other hand, Iran reported over 25,000 coronavirus cases on Tuesday, whereas India recorded almost 275,000 new cases and over 1,700 deaths.

The minister disclosed that new guidelines have been prepared by the government which is shared with the provincial governments as well. They will be announced on 23rd April.

He warned, “This is the last chance to observe SOPs and control the spread of the virus otherwise we will not have any other choice except to implement lockdown in big cities.”

12 Special Flights To USA Prepared For Bringing Back Stranded...