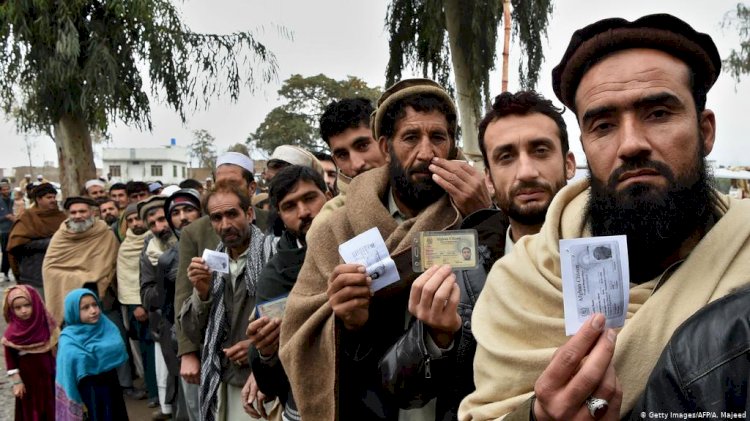 It was announced by the government on Tuesday that Afghan refugees would be issued new smart cards after verification. This policy applied to those whose ‘Proof of Registration’ (POR) cards had expired in 2015.

The “Document Renewal and Information Verification Exercise” (Drive) would commence from April 1 in collaboration with the Chief Commissione¬rate for Afghan Refugees in the Ministry of States and Frontier Regions (Safron), and National Database and Registration Authority (Nadra), with the support of the United Nations High Commissioner for Refugees (UNHCR).

This will comprise six months of exercise. During this workout, Nadra will ensure verification and up-gradation of the data of the registered Afghan refugees who have the PoR cards with an expiry date of December 31, 2015.

Around 40 Drive centers are being established across Pakistan. After authentication of their data, these refugees will get new PoR smart cards. It will give refugees renewed proof of their identity, will help in enhancing their protection in Pakistan, and will facilitate the identity authentication process by making services access faster, safer, and more effective.

The initiative occurred in the framework of the ‘Support Platform for the Solutions Strategy for Afghan Refugees’, to promote re-establishing partnerships and stronger strategic connections between humanitarian and development investments.

“This is a long-delayed process. It’s been 10 years since the last such initiative. It is vital at this point to update the data of refugees of Afghanistan. I compliment the international community for supporting this important exercise,” Saleem Khan, the Chief Commissio¬ner for Afghan Refugees in Pakistan stated.
UNHCR Representative in Pakistan Noriko Yoshida admired the government for taking this action to help improve the lives of the refugees.

Read More: Many Refuges Released After Years Held By Australia

The Nadra spokesperson elaborated that the multi-biometric PoR cards would be provided as part of this exercise. For this purpose, specialized staff and state-of-art infrastructure would be used.
Pakistan hosts 1.4 million Afghan refugees who got PoR cards. Besides validating existing data, the verification will record refugees’ education level, skill sets, socio-economic conditions, and sources of income.