Prisoners comprise of over 60pc of Thailand’s Covid-19 cases 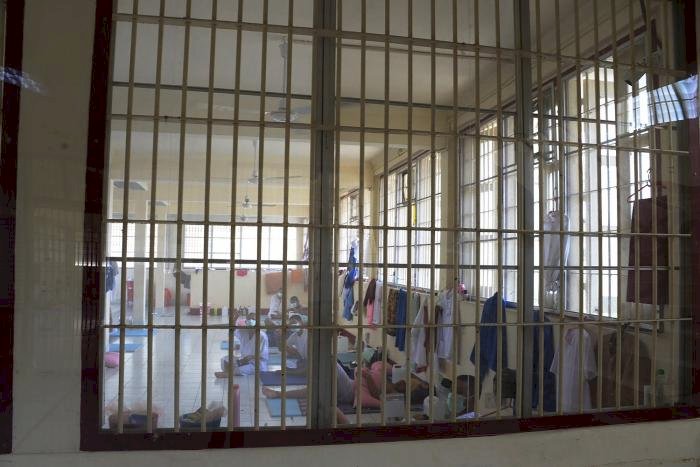 Thailand reported almost 10,000 new coronavirus cases on Monday, more than two-thirds of them in prisons, as the country battles its third wave of the pandemic.

Almost half of 24,000 prisoners who were tested for Coronavirus at eight prisons were found to have the infection, primarily in Bangkok and its suburbs, including many where prominent democracy activists have been imprisoned.

Till last month, the coronavirus infections had been kept low by the kingdom, through severe restrictions on people entering the country and by taking immediate action to isolate confirmed cases.

But now it is struggling to curb a third wave that started in a Bangkok nightlife district and has experienced total infections rose from about 30,000 in late March to more than 111,000 on 17 May, Monday.

The high infection rates in prisons became obvious last week when an activist announced she had tested positive five days after being released from a Bangkok jail on bail. She was leading Thailand’s democracy movement.

According to the Corrections Department, it schedules to test all of the country’s prisoners with over 310,000 detainees imprisoned in 143 jails around the country.

As stated by Justice Minister Somsak Thepsuthin, he may have to decide special probation for prisoners if the prison Corona cases are not brought under control.

High-Speed Internet Connectivity At K2 Base Camp by PTA, SCO

"Pyare Khan" A hero for COVID Patients in India.

Sindh: Doctors Life in Risk, Threaten to Boycott if not...

Petition Against The Establishment Of The Tiger Force Dismissed...