Rising Inflation in Pakistan and the Default Situation 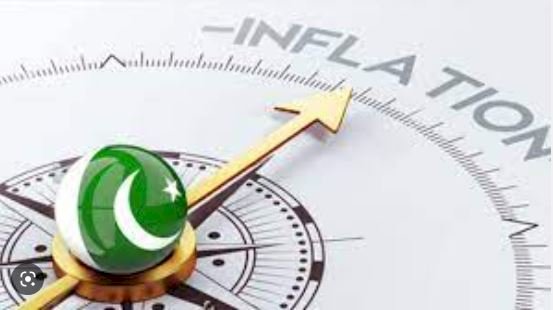 Inflation has been a persistent problem in Pakistan for many years. The country has been struggling with high inflation rates, which have had a significant impact on the economy and the lives of its citizens. In this article, we will discuss the causes of inflation in Pakistan, its economic impact, and the potential consequences of default.

Inflation in Pakistan is caused by a variety of factors, including rising food and energy prices, an overvalued currency, and high government spending. Additionally, the country's political instability and security issues have also contributed to inflation by creating uncertainty in the economy and deterring foreign investment.

High inflation rates can have a detrimental effect on the economy. It erodes the purchasing power of consumers, making it more difficult for them to afford basic goods and services. This can lead to a decline in consumer spending, which can have a domino effect on businesses and the overall economy. Additionally, high inflation can also discourage foreign investment and make it more difficult for businesses to obtain loans and credit.

If Pakistan were to default on its debt, the consequences could be severe. Defaulting on debt means that the country is unable to repay its creditors, which can lead to a loss of confidence in the country's economy. This could lead to a significant drop in the value of the currency, making imports more expensive and exports less competitive. Additionally, defaulting on debt could also lead to a cutoff of international aid and loans, further exacerbating the economic problems in the country.

Inflation in Pakistan is a complex issue with a variety of causes and consequences. It is important for the country to address the root causes of inflation and work to stabilize the economy. Defaulting on debt would only exacerbate the economic problems and could have severe consequences for the country. It is crucial for the government and other stakeholders to take action to mitigate the impact of inflation and avoid default.

Note: The information provided in this article is for general understanding and educational purpose only, the exact economic situation and future forecast can vary and should be consult with the expert in the field.