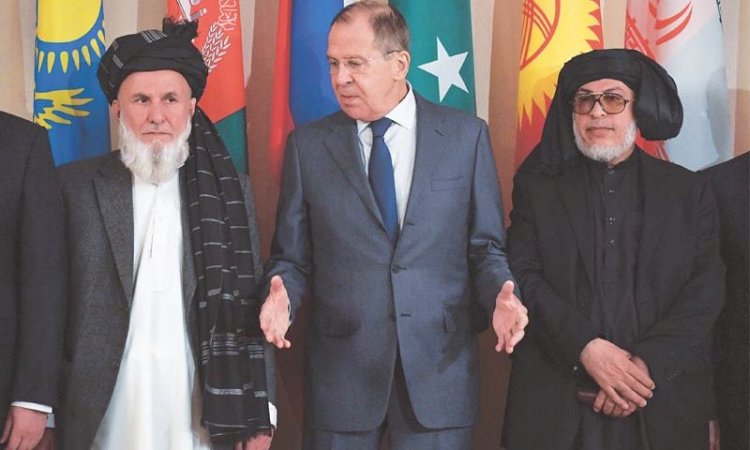 Moscow: Russia invited the Taliban on Wednesday, seeking to assert its influence on Central Asia and push for action against Islamic State fighters which it says have massed in perennially volatile Afghanistan.

The talks involved officials from 10 countries including China and Pakistan. This is one of the most significant Taliban meetings after seizing power in mid-August.

The meeting is set today after Vladimir Putin warned about the gathering of IS fighters in Afghanistan to initiate war again in former Soviet republics flanking Russia. Sergei Lavrov, the foreign minister is set to address the gathering.

Deputy Prime Minister, Abdul Salam Hanafi is leading the Taliban delegation. One of the aims of this meeting as quoted by the Russian foreign minister is, “efforts of the international community to prevent a humanitarian crisis”.

Russia also mentioned the formation of inclusive government would be on the agenda and parties joining the talks are expected to release the joint statement afterward.

The Russian president cautioned last week that 20,000 fighters have entered Northern Afghanistan and these men are loyal to fight for militant Islamic State. He also mentioned that the leaders of IS intend to send these men as refugees into neighboring Central Asian countries.

Lavrov also warned that drug trafficking from Afghanistan is reached alarming levels. A concern put forward by Kremlin during meetings with other Central Asian countries and China.

Russian officials, including Putin, have made it clear to the Taliban that Moscow Is not moving towards the formal recognition of the regime. Lavrov quoted,

“The official recognition is not being discussed and that has been stated publically.”

Aiwan-e-Sadr was Declared as World’s First Presidency to Go Green.