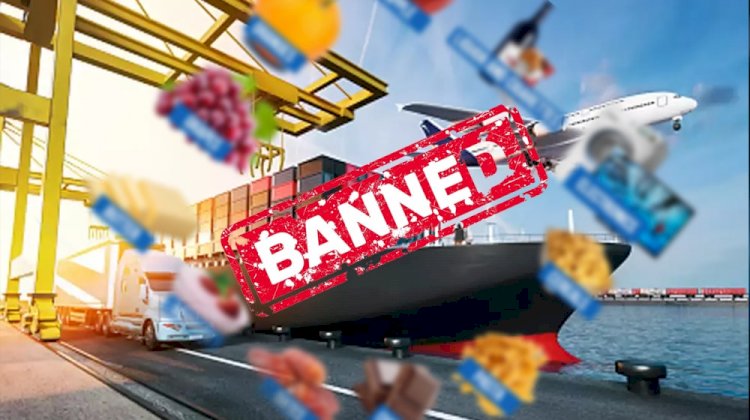 In economics, the foreign goods purchased by businesses, governments, and citizens of another country are termed imports. In contrast, the goods sent from the home country to a foreign country are seen as exports of that country. A balance should be achieved between imports and exports to achieve optimal results.

When the percentage of imports is more remarkable than exports, the country has to face a trade deficit. In the same way, when imports are more minor than exports, it will result in a trade surplus.

Today, the rising inflation has crippled the economies that were already feeble. Pakistan also comes on this list. The coalition government has decided to ban 30 luxury items as the country faces an economic emergency. In a tweet, prime minister Shahbaz Sharif mentioned, "My decision to ban the import of luxury items will save the country precious foreign exchange."

Read More: The Conviction of a Kashmiri Separatist Leader-Yasin Malik

Some business leaders and analysts criticized this decision as a country has to seek assent from World Trade Organization (WTO) which is responsible for regulating international trade. It is foreseeable that with this import ban, smuggling will increase, and the government's responsibility will increase consequently.

Finance Minister, Miftah Ismail, guaranteed the public that individuals bringing restricted items would not be disturbed at the airports. The finance minister wanted was adamant about regulating the import instead of banning it. He still wants the two sides to find a middle ground.

The ban has been imposed for two months, so until then, let's see where this import ban takes us from here.