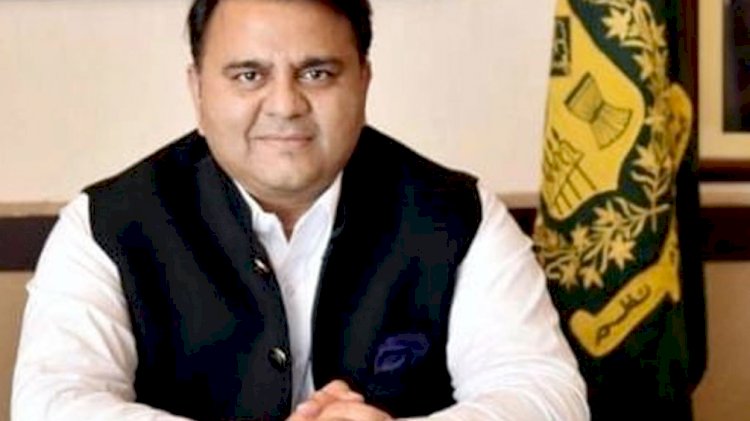 ISLAMABAD, Aug 19 (APP): Federal Minister for Science and Technology, Chaudhry Fawad Hussain Wednesday said Pakistan will soon be able to manufacture anesthesia and dialysis machines under the logo of "Made in Pakistan".

The federal minister said when the first case of COVID-19 surfaced in Pakistan, the country was not able to manufacture any of the essential medical equipment relying on imports either it was goggles, face shields or masks. Similarly, the country faced a shortage of much-needed hand sanitizers in the month of March.

Today, NRTC has the capacity of manufacturing 250 ventilators annually which will be enhanced by up to 700 ventilators soon after the issuance of a license to two of the companies by the Drug Regulatory Authority of Pakistan (DRAP). This initiative will place Pakistan among the list of very few countries manufacturing such a sophisticated and complex machine (ventilator) and lead toward self-reliance, he added.

The minister stated that the country was relying on the imports of medical equipment worth billions of dollars. However, within the period of six months, Pakistan has become a major exporter of Personal Protective Equipment (PPEs) which has been made possible through the unflinching support extended by the Prime Minister, Imran Khan and the other organizations.

This year, Pakistan has received the export order of 100 million dollars PPEs while during the next three to five years; the efforts will be carried out to create an impact of five to eight billion dollars on the economy of the country through increasing such exports. About the successes on the educational front, Chaudhry Fawad said Pakistan's education system is always criticized but it is heartening to see that this year it became part of the Washington accord under which the degrees of Pakistani Engineers will get recognition at the international level.

Another target of the Ministry of Science and Technology will be to focus on Precision Agriculture initiative under which two, five and 12.5 acres farms will be given technology packages including drones, water censors, pesticides censors, packaging facilities, seed selection etc. Under this initiative, he said 500 technology-based farms would be created and 100 percent export-based agriculture will be introduced in the country.

Another project, he explained, is of manufacturing agricultural drones through two companies which will not only be used for agricultural purposes but monitoring of police. "We intend to shift police monitoring mechanism from manual to drone-based which will reduce the fuel cost of patrolling and also help capture the precise details of performance", he said.

Listing another plan, the federal minister said Sialkot city will be declared as a special economic zone for the creation of an electromagnetic industry. Sialkot city is being selected for the purpose as it is already exporting surgical goods worth 400 million dollars. The estimated cost of these goods at the international level is five billion dollars.

The ministry has been emphasizing on strengthening the departments, increasing budgetary allocations, reactivating and reviving the organizations utilizing the expertise of researchers and introducing technology based projects through taking stringent measures.