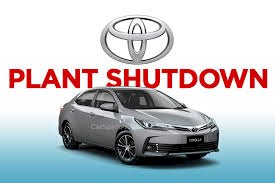 The Automotive industry in Pakistan is facing trouble due to high taxes and FEDs the prices are sky-high causing a great fall in demand. It is being reported that there are already more than 3000 unsold vehicles.

The official of Toyota Indus Motors has mentioned that the FED of 2.5% to 7.5% on various engine cars along with additional customs duty on imported parts and raw material has over-priced most of the vehicles that exceeds the benchmark market rate.

The post Indus Motors Will Not Produce Vehicles in September!!! appeared first on Nation Bytes.