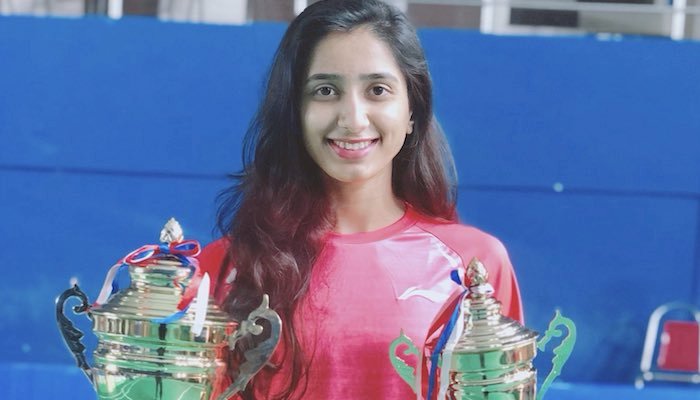 The Pakistan Badminton Federation (PBF) confirmed ‘Mahoor Shahzad’ as the first badminton player from Pakistan to qualify for the Tokyo Olympics.

"It is no doubt, a result of her continuous efforts and hard work that she has been selected to become part of the prestigious event," stated PBF's Nisar Ahmed Shahwani and PBF Secretary-General Wajid Ali Chaudhry in a joint statement.

The top badminton player earned a place in the Tokyo Olympics owing to her recent performance on the tour and her international ranking. She is ranked amongst the world’s top 133 women players.

"My dream has come true. It’s still unbelievable that I will represent Pakistan in the Olympics. I will fulfill the expectations and raise the country’s green flag," Shahzad said.

According to her, if she had the opportunity to be part of international events in the last year, she would have been listed among the world's top 100 badminton players. But due to the COVID-19 pandemic, she was not able to do this.

“This is great news for Pakistan’s women as one of our athletes got selected in the Olympics purely on her international ranking. We have just been updated by an international organization regarding Mahoor’s achievement. This is big news for Pakistan sports as well,” confirmed Khalid Mehmood, the secretary of the Pakistan Olympic Association.

Pakistan Cricket Board (PCB) Allows 25% of Spectators during...