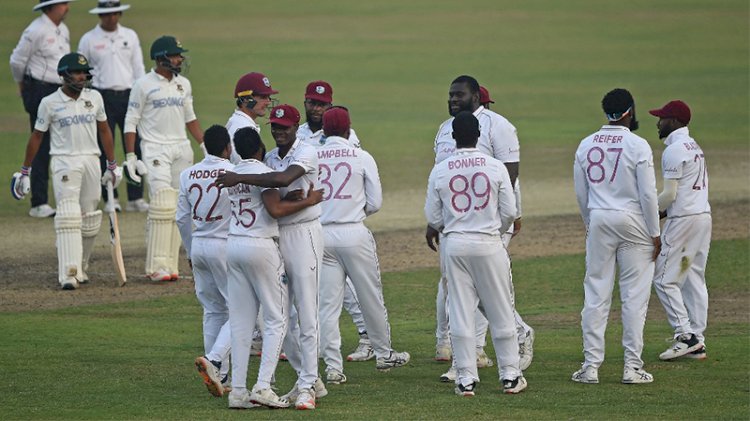 Kraigg Brathwaite will substitute Jason Holder as the West Indies Test Captain in a two-Test series against Sri Lanka scheduled this month, according to Cricket West Indies (CWI) on Thursday.

Earlier, Brathwaite has captained the team in seven Tests as a replacement for Holder, including recent 2-0 Test Series win away to Bangladesh.

“I am much honoured to be assigned the Captaincy of the West Indies Test team, and feel much humbled and proud that the Board and Selectors have chosen me and given me the chance and responsibility to lead the team,” Brathwaite said.

“The Test Series win in Bangladesh recently was a tremendous achievement and I’m really looking forward to the upcoming home series against Sri Lanka and passionate about believe I have, about my team achievements in the future.” The squad for the first Test against Sri Lanka, scheduled for March 21-25, will be announced Today.

According to CWI lead selector, Roger Harper, “selectors were impressed that in Bangladesh Brathwaite was able to inspire his players to play to a very high level and established the culture we are looking for where the team showed mutual determination to fight as well as a real hunger for success.”

Jason Holder, the 29-year-old who was the designated captain of the Test team in 2015, was also one of those players who didn’t choose to visit Bangladesh due to Covid-19 related concerns.

Being the number one all-rounder in the ICC Test rankings, Holder led the West Indies team in 37 Tests, including 11 wins, five draws and 21 defeats.

CWI director of cricket Jimmy Adams said “I would like to thank Jason on behalf of CWI, for all he has done for the game in the region while serving as Captain of our Test team. As the world’s leading Test all-rounder, we all have faith that Jason still has much more to do in West Indies Test Cricket for many upcoming years.”