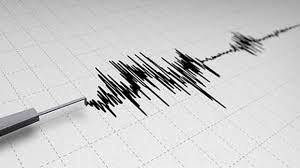 At the early morning of Monday, a 5.2 magnitude earthquake has hit various locations of Khyber Pakhtunkhwa.

According to various reports, the tremors were specifically felt at Mansehra, Upper Dir, Balakot and their areas adjoining them.

The National Seismic Monitoring Centre Islamabad has reported that the epicentre of the earthquake is located to be 36km off from Kharog, Tajikstan and its depth was 123km.

The quake was of medium intensity however it shook Pakistan. Tajikistan and Afghanistan as well. The timing of the earthquake was 12:01 am sharp.

People in Khyber Pakhtunkhwa came out of their offices and homes in panic after the jolts and were seen praying and reciting Holy verses.

As per the sources, no damage to property or life was reported as a result of the natural calamity.

Earlier on 17TH Jan, an earthquake also hit the KPK in the Peshawar and adjoining areas of 5.4 magnitudes.

The tremors of Jan 17th incident were felt to Peshawar, Hangu, Malakand and Swat as well. The NSMC discovered the epicentre to be Afghanistan.