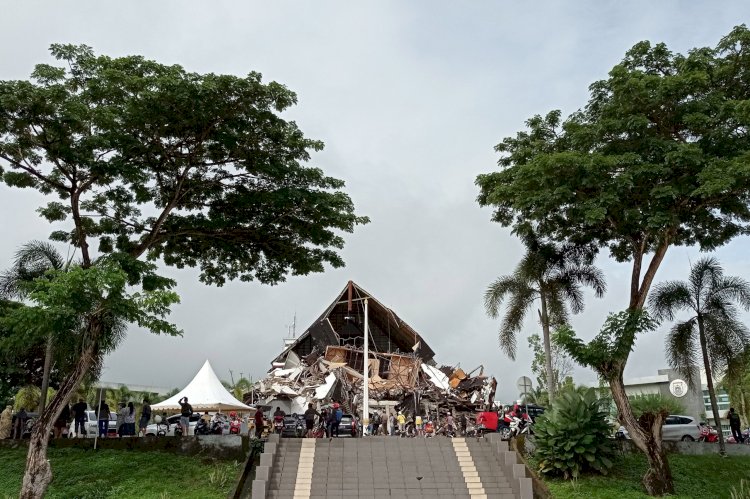 Indonesia’s Sulawesi Island was hit by an earthquake of 6.2 magnitudes on Friday taking the lives of at least 35 people and damaging buildings.

According to reports, the epicenter of the earthquake was a location that is 6km northeast of Majene city and its depth was 10km.

As per the initial information received from the Disaster Mitigation Agency of Indonesia, 4 people had died and 637 were injured in Majene city, whereas, 3 are dead and 24 injured in Mamuju city but as new details were disclosed the death tally rose.

The earthquake hit Indonesia at 1 am on Friday, people fled their houses seeking safety, and more than 60 homes have been damaged severely.

Other buildings were also hit badly, a hospital building was completely flattened. Two hotels, the office of the governor was badly damaged due to the quake.

The earthquake’s impact was very strong, and it was felt for 7secs and was however fortunately it did not trigger the tsunami.

A few hours before on Thursday night, a 5.9 magnitude earthquake had also hit the same area.

As a result of these constant oncomes of quakes, three landslides have been reported and electricity’s connection has been cut off completely.

Qatar Airways Foreign Pilots Are Getting a Slash In Their...