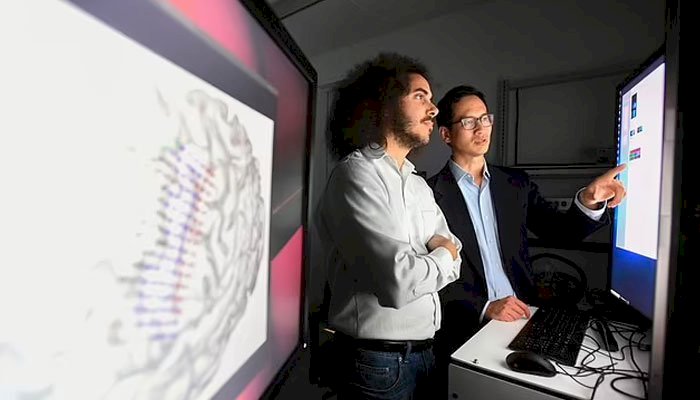 For the first time, US researchers have developed a neuroprosthetic device that translated a paralyzed man’s brain waves into complete sentences successfully, as per a scientific paper published on Thursday.

"An important technological milestone has been achieved for a person who cannot communicate naturally," stated David Moses, a postdoctoral engineer at the University of California San Francisco (UCSF) He is also one of the main authors of the study in the New England Journal of Medicine.

"This approach gives a voice to people with extreme paralysis and speech loss."

The invention was applied on a 36-year-old man who experienced a stroke when he was 20 that made him suffered from anarthria, the inability to speak clearly, although his cognitive function had remained undamaged.

Every year, thousands of people worldwide lose the ability to talk owing to strokes, disease, or accidents.

According to the past research in this field, the focus was on reading brain waves through electrodes to create mobility prosthetics that permit users to spell out letters.

The new approach was aimed at enabling more quick and organic communication.

Previously, the researchers of UCSF had placed electrode arrays on patients having normal speech who were going through brain surgery. The purpose was to translate the signals which control the vocal tract to express vowels and consonants and examine the patterns for predicting words.

However, the idea hadn´t been tried out on a paralyzed patient for proving that it could offer clinical benefit.