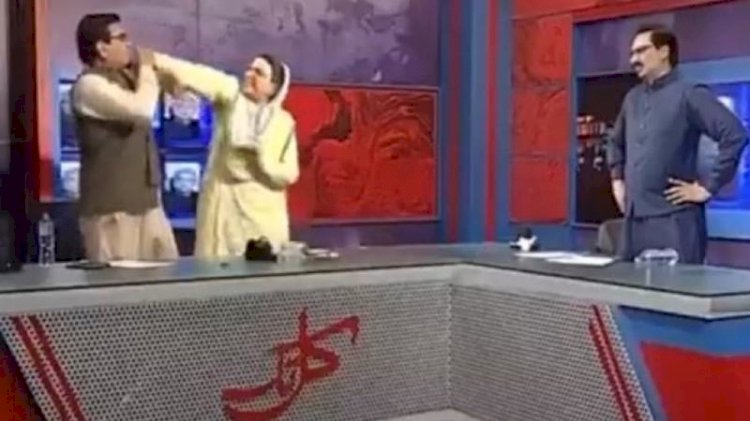 Both were panelists on the Express-News show ‘Kal Tak’ hosted by anchorperson Javed Chaudhry. They started blaming each other in the corruption cases and exchanged some heated words.

Mandokhel stated that Awan had taken payments for issuing adverts. At this, she vowed to take him to court for insulting her.

On the other hand, the Punjab CM's aide replied that she had left the previous PPP government due to its corrupt practices.

The debate resulted in Awan first verbally abused and then slapped Mandokhel in the face.

"Now this is ladies," PPP politician addressed Javed Chaudhry after being physically attacked by her.

The channel stopped the on-air show but a recording of the incident has been circulating on social media.

Awan later claimed that the PPP official threatened her and accused him of throwing vulgar language at her as well as her late father.

"In my defense, I had to take an extreme step," Awan wrote on Twitter.

According to her, she would go for legal action against Mandokhel after consulting her lawyers.