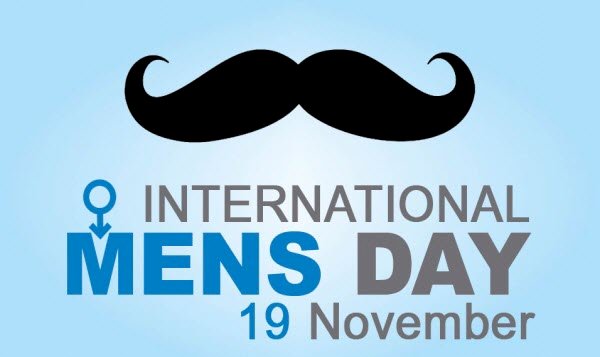 On 19th November,  International Men’s Day has been observed, it focuses on men’s strength, enhancing gender relations, highlighting male role models, and developing positive expressions of strength and promoting gender equality. Though every year men's day is celebrated to praise men and boys for their participation in the nation, community, society, wedding, family, and childcare.

On February 7, 1992, Thomas Oaster,  has introduced this day and in the year 1999, Oaster successfully hosted these men's day for two years. In 1995, his attempt to celebrate the men's day was poorly attended. He was discouraged and ceased plans to continue the celebration on men's day. This day was encouraged by Jerome Teelucksing in 1999. Jerome Teelucksing wanted to honor his father’s birthday on November 19. On the same day, a local soccer team had joined his country with its efforts to qualify for the world cup.

This year, the theme for International Men’s Day is “Better health for men and boys” aiming to make practical improvements to the health and well-being of the male population.

On International Men’s Day, don’t forget to acknowledge the men in your home, workplace, or anywhere and thank them with these thoughtful quotes; "Men are a magnificent creation of God but they are not perfect, so, normally, they have several errors".
Happy Men's Day