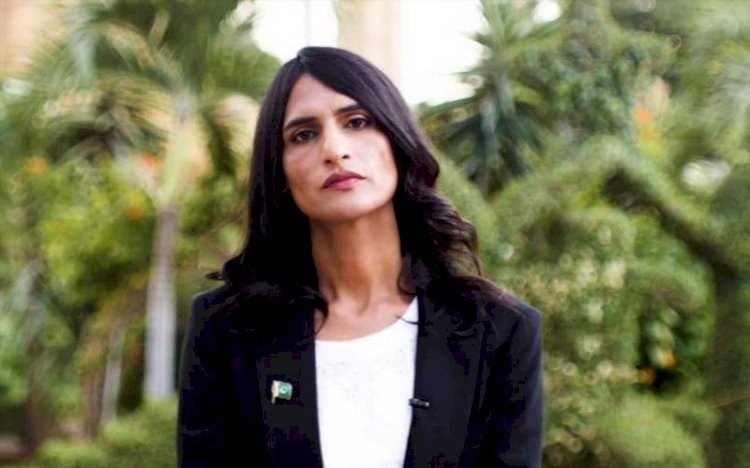 Lawyer Nisha Rao is 28 years old exercises among the group of black-coated lawyers gathered near the Karachi courts seeking her client.

Nisha Rao is Pakistan’s first transgender lawyer, she had struggled hard to create her direction from the streets to the courtroom. She is an inspiration for other transgender people in a conservative community like Islamic Republic Pakistan.

Rao told in an interview, “I am proud to have become Pakistan's first transgender lawyer”. Though life is miserable for transgender persons in Pakistan, in 2009, the Supreme Court only recognized them to declare as a third gender on their national identity cards. The parliament of Pakistan just legislated a law in 2018 for recognizing transgender people as equal citizens and protecting them from hatred, unfairness and brutality.

People used to treat them as they belong to some other planet, many transgender persons are forced to work as wedding dancers or begging to earn for living. On the other hand, some transgenders are the victim of sexual harassment and bullying.

Nisha Rao ran away from her home in Lahore at the age of 18 with two other transgender persons hence closed the chapter of begging on the streets after running.

After reaching Karachi, the transgender people of that area advised her to beg or become a sex worker to survive.
In the beginning, she stood at traffic signals begging from car to car but was decided to leave that path, ultimately she used her earnings to pay for law classes at night.

Read More: 100 Projects to be Completed for Transforming the City of Lights Karachi

After struggling for many years, she eventually earned a law degree, getting her law license earlier this year and joining the Karachi Bar Association. She has fought 50 cases and is providing services to a non-governmental organization fighting for the rights of transgender.

Rao has even higher ambitions than becoming a lawyer. She said, “My goal is to become the first transgender judge of Pakistan.”