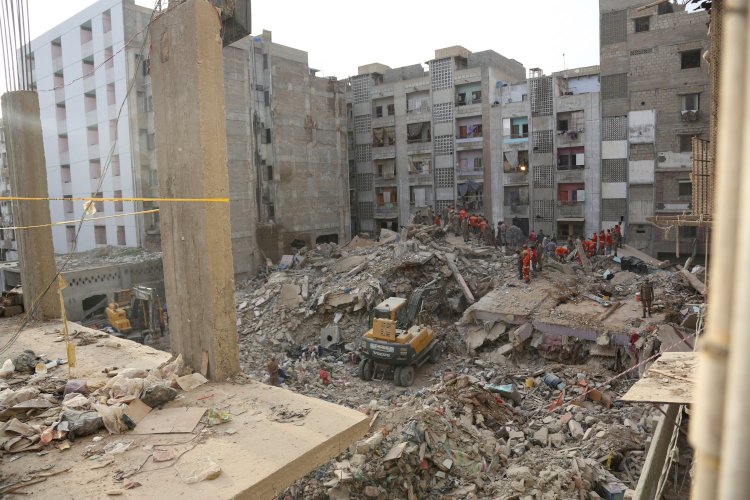 On Thursday a building collapses in Dua Chowk in new Karachi causing the death of one person and left three people injured.

The rescue teams reached the site and carried out the rescue operation soon after getting the information about the incident. A cylinder explosion is the cause of the incident. The explosion resulted in the collapse of a portion of the building.

Earlier this year, in September, a multi-story building collapsed in the area of Korangi in Karachi leaving 4 dead and seven severely injured.

According to SBCA (Sindh Building Control Authority), the collapsed building was a 4-story building and it has caused damage to other nearby buildings.

The officer also informed that it was an illegal construction. The plot of the building was meant to be a playground.