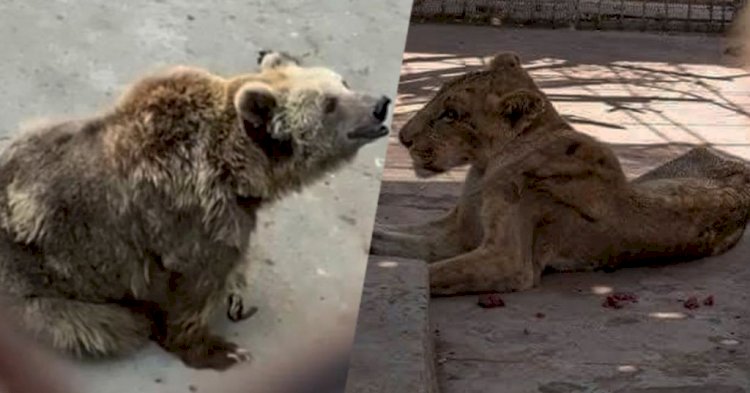 Karachi zoo management is under fire for the inhumane treatment of caged animals in the zoo. The animals are not only deprived of the necessary climatic conditions but are kept thirsty, malnourished, and injured.

Recently Karachi Zoo came into the limelight after a video of a brown Himalayan bear started circulating on the internet. The bear was kept in Cage no 77 in unfavorable conditions. The bear kept circling the cage looking at the people passing by as if asking for help.

After the video went viral different celebrities also spoke up against the tragic condition of the bear. The bear is from a cold climatic region and Karachi heat is under no circumstances suitable for it.

However, when the bear issue was still in circulation, another picture of a lion in Karachi Zoo looking half dead, injured at various spots came into focus.

People are expressing outrage over the condition animals are kept in the zoo. The public has demanded the Karachi Zoo to be shut down and the animals handed over to NGOs and other animal sanctuaries who can take good care of them.