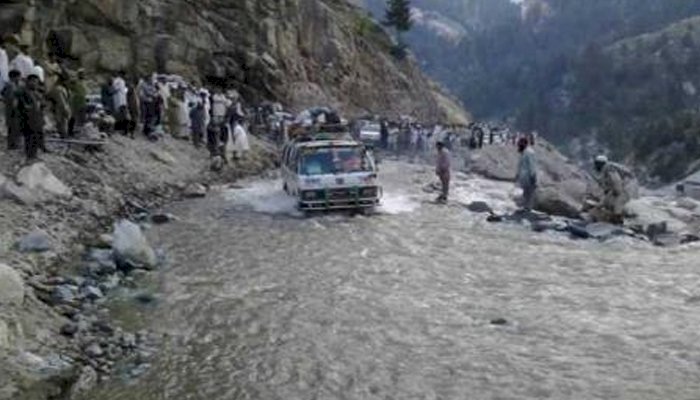 As per Khyber Pakhtunkhwa's Provincial Disaster Management Authority (PDMA), five people have lost their lives while six others were injured owing to torrential rains in the upper areas of the provinces. Four belonged to Mansehra whereas one to Torghar District among the fatalities.

Because of river corrosion, Gilgit Road connecting to Chitral and Upper Chitral has been blocked for traffic to prevent any misfortunate incidents. On the other hand, according to authorities, measures are being taken for making an alternative route after the blockage of the road linking Chitral and Buni.

Chief Minister Khyber Pakhtunkhwa Mahmood Khan was grieved over the loss of life due to rains. While talking to journalists in Peshawar, he prayed for the forgiveness of the departed souls and the speedy recovery of the injured.

"Concerned and rescue authorities should ensure timely relief to the victims," he instructed.

In the meantime, three people, including a woman, were died owing to electrocution as lightning hit different parts of the Kohlu district of Balochistan.

In the Barkhan district of Balochistan, heavy rains have resulted in flooding in local streams, cutting off the city's land connection with rural areas.

Read more: Pakistan one of the hottest regions in the world: Malik Amin Aslam

Strong winds hit different cities of Punjab as well and caused uprooted trees and signboards. Two motorcyclists were killed on Samundri Road in Faisalabad when a factory wall collapsed on them.

The second phase of Ehsas Cash Programme to be launched soon: Sania Nishtar

Jahangir Tareen Not The Chairman Of Agriculture Task Force