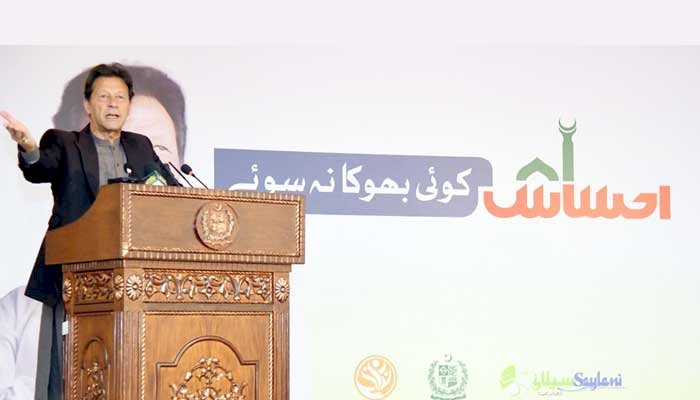 Prime Minister Imran Khan has promised that no one in Pakistan will go to bed hungry.

In addressing a virtual ceremony on Sunday in Islamabad, the Prime Minister inaugurated the 'Ehsaas Koi Bhooka Na Soye' programme in Peshawar, Lahore, and Faisalabad. Through this system, free meals will be provided to labourers, daily wage earners, and piece-rate workers by food trucks.

“We have spotted the ways where the trucks will easily go to facilitate more people. The concept is to serve meals in the areas which have the highest poverty ratio”, he stated.

According to the PM, a trial run was first launched in Islamabad to find out the challenges that the government may experience in the implementation of the new scheme.

"After the project’s success in the capital, we are extending its scope to other areas," he elaborated as the scheme will be launched across the country soon.

PM Khan stated further, "Another purpose of the scheme is to help the people in the government understand that their biggest responsibility is to facilitate the poor areas of the society."

PM was grateful to the Saylani Welfare Trust for facilitating the government and providing free meals at the trucks. "I feel proud that Pakistan is among the countries where people contribute the most."

This is the first time an initiative like this has been taken in the country, the PM pointed out.

We are introducing the concept of universal health insurance in Pakistan through which poor people can avail medical treatments up to Rs1 million," he mentioned.

The prime minister advised the public to donate to the programme generously. "The government plans can only be fruitful when they are supported by the public."

According to Special Assistant to the PM on Poverty Alleviation and Social Security Dr Sania, an account has been dedicated for the programme by the government where donations will be collected.

"The account number will be announced on Monday," she stated and ensured that transactions will be completely transparent.