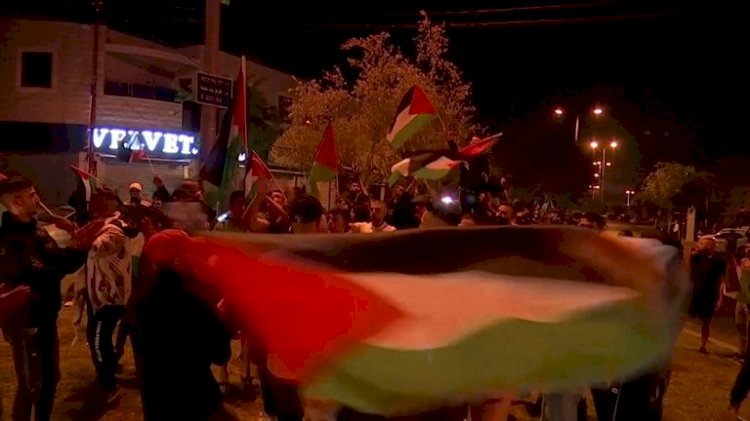 A ceasefire between Israel and Hamas took effect early on Friday, after an 11-day war that resulted in widespread destruction in the Gaza Strip and brought life in much of Israel to a halt.

Celebrations were observed on Gaza streets in the minutes after the ceasefire started as according to journalists, cars honked their horns and guns were fired in the air, whereas in the occupied West Bank, joyful crowds were seen in the streets.

The truce, which was intervened by Egypt, and also included Gaza's second-most powerful armed group, Islamic Jihad, was agreed upon after increasing international pressure to stop the devastating violence which erupted on May 10.

Foreign Minister Shah Mahmood Qureshi welcomed the ceasefire. He urged the UN Security Council to issue a call for ending Israel's blood-shedding against the Palestinians in Gaza.

"This is the result of united action which includes the effort of every person and every nation for a fair cause. May this ceasefire be the first step towards peace in Palestine," he said.

"Israel’s takeover of Palestine must end, and illegal settlements like command imposed in the occupied territories must be break up. Implementation of UN resolution for the establishment of independent Palestinian State with Al-Quds Al-Sharif as its capital is crucial."

The deal was also welcomed by US President Joe Biden. “We have a genuine opportunity to make further progress and I'm dedicated to working toward it,” Biden stated at the White House, admiring Egypt's role in settling the agreement.

According to a statement from Israeli Prime Minister Benjamin Netanyahu's office, “the security cabinet had unitedly accepted the recommendation of all of the security officials for a mutual ceasefire without pre-conditions which was Egyptian initiative”.

The ceasefire was also confirmed by Hamas and Islamic Jihad in statements.

“This is the jubilation of victory,” stated Khalil al-Hayya, a senior Hamas figure, in front of thousands of Palestinians who had gathered in the streets to celebrate.

According to the Israeli statement, its aerial campaign led to unprecedented achievements in Gaza, a territory it has obstructed since 2007, the year of Hamas's occupation.

Read more: No Relief For Palestinians From Israel Strikes, Despite Diplomatic Efforts

As stated by US State Secretary Antony Blinken on Thursday, he would be ready any time to go to Israel, to the Middle East, if that would help moving beyond the violence and to improve the lives of Israelis and Palestinians”.

82 Stranded Pakistanis In India To Return Home Via Wagah...