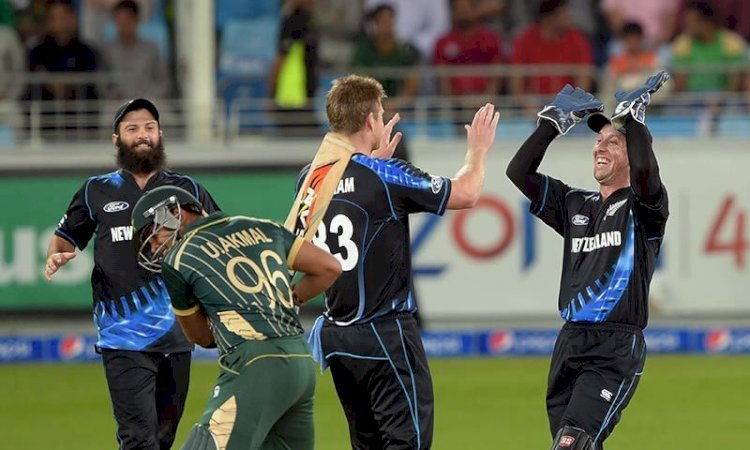 The Kiwis reached the target of 154 runs given by green shirts in the 18th over and won the match comprehensively by 5 wickets with seven balls remaining.

Tim Seifert and debutant Jacob Duffy were the leading run-scorer and leading wicket-taker for New Zealand respectively. The debutant star Jacob Duffy was declared man of the match for his superb bowling performance.

In the first T20 Pakistani Captain Shadab Khan won the toss and decided to bat first. Unfortunately, the Pakistani innings started with a shaky start as the top 4 batsmen returned to the pavilion within the first five overs.

Then one after the other wickets kept falling. The partnership between Captain Shadab and all-rounder Faheem Ashraf gave Pakistan a decent score of 153. It was a better score after the devastating start.

Pakistani bowlers put a good fighting performance but at the end of the day runs on the board were not enough.

New Zealand has continued their winning streak as they entered the series after defeating west indies 2-0 in the recent series.

Today’s match has made the fans more anticipated about the remaining two matches of the series. The next two matches are scheduled to be played on 20 and 22 December 2020. Will the Pakistani team bounce back and end up winning the series after today’s loss?

For now, the Pakistani team stands at no.4 while New Zealand is no.6 in the ICC T20i ranking.