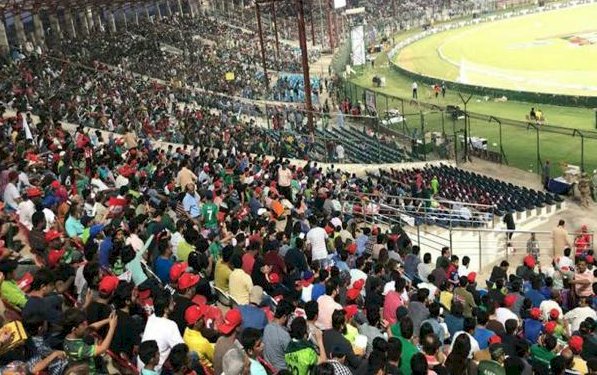 So far crowd is not part of the Pakistan super league (PSL) edition six plans informed the director of the national high-performance center (NHPC) Nadeem khan. The matches will be held in a special secured environment.

Nadeem Khan former test spinner also confirmed that the sixth edition of PSL will take place on time as the foreign players have confirmed their availability.

The authorities are monitoring the situation of the virus situation. If the situation will be suitable PCB may conduct the matches with a small crowd percentage.

For now, it is bad news for cricket lovers as the matches of PSL 6 are expected to happen behind closed doors.

Read More: No Pakistani Player In Any Of The ICC Teams Of The Decade

It is worth mentioning here that PCB has announced the draft schedule for PSL 6 expected to happen in the first week of January 2021 with Islamabad united having the rights for the first bid in the platinum category this year.

The most anticipated Pakistani cricket event will hopefully commence on February 20 with all its original colors.