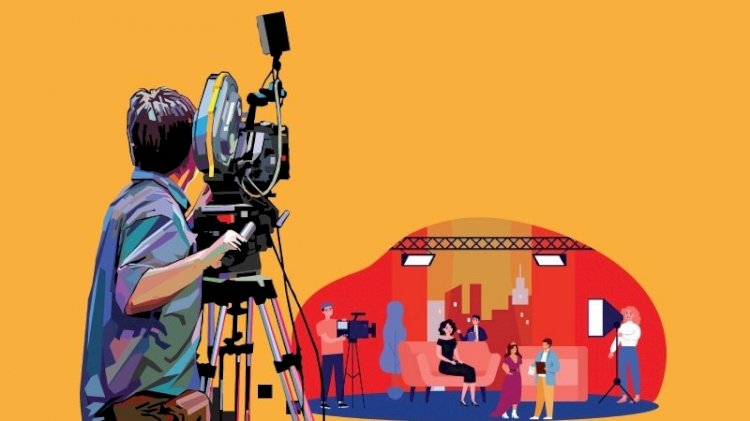 We all say these dramas are just for entertainment but don’t we all end up believing the story that toxic writing tells us? And it’s very disturbing how most of us are emotionally affected by it without even realizing it.

Entertainment is all about building an emotional association with the story of any drama or movie. This is why we end up enjoying it or binge-watching. The problem arises when this emotional attachment leads to self-victimization.

Here is how the Pakistani Drama Industry is responsible for developing such a mindset that eventually leads to emotionally driven crimes.

How many times would that be emphasized? But sadly, it’s still not enough. Men of all age groups have very toxic anticipation when it comes to giving women their space and freedom of choice. Especially the men in relationships or marriages are either unnecessarily dominant or totally submissive. Both these behaviors lead to destructive mental build-up that results in rape, acid attack, murder, etc.

The drama Khaani and Khuda Aur Mohabbat Season 3 are popular examples of unnecessary self-victimization on the hero’s part. The heroine is either a heartless rich girl or a heartbroken sister of a deceased middle-class boy who stood up for his social right. And both these girls turned down the guy who was in love with them (coincidentally the same actor Feroz Khan).

Rather than just accepting the rejection and moving on with the thought of new possibilities, the hero keeps knocking on a closed door that leads to aggression and self-destructive behavior. Farhad in Khuda Aur Mohabbat leaves his life goals to sit on a Mizaar and Mir Haadi kidnaps Khaani on her wedding day and starts self-loathing when she still does not accept him. And let’s not forget the creepy ways of chasing after the heroine just to get another stroke of heartbreak. And by the end of the story, the girl finally has a soft spot or mutual feeling for the guy.

What does it tell our men?

Simply, it tells men not to take no for an answer and to run after the girls who don’t want them and forget all other aspects of life. This pain gives them a strange kind of relief that takes them away from the world of rationality. Even if they forget about the girls they couldn’t end up with, their behavior of unnecessary self-sacrifice comes to life when another girl rejects them. Then they repeat the same toxic cycle all over again that in the end leads to crimes.

And sadly, these boys don’t even realize what made them act like this in the first place. In their heads, they are doing the right thing and the girls are evil for not valuing them.

A female antagonist aka “gold digger” in this case has been a popular trope not only in the Pakistani drama industry but in worldwide television too. A cold and self-absorbed girl chases rich guys and dumps them after stealing their money.

Previously, this girl was from a poor family making her way up for a better life. But Pakistani drama Jalan dragged this trope to grossly toxic levels of ambition. A girl named Nisha is envious and loathes her big sister who is very generous and giving. Her big sister Meenu has always been giving her the finest things to use and when Meenu gets married, Nisha feels left out. Not only she wants the same rich husband, she basically feels why her sister has taken something precious only for herself.

So, she starts comparing herself to Meenu and realizes that her married sister has better things and a husband as Nisha’s own finance was financially struggling at that time. As a result, she not only leaves Ahmer, her fiancé but starts to seduce her sister’s husband.

This leads to a heartbreaking divorce for Meenu and desperate marriage for Nisha. Sticking to her true nature, Nisha gets bored with a husband she snatched from a woman to whom she thought as a giver Nisha was entitled, she goes after Ahmer again once he becomes rich and stable. But this time he is already married to another woman, so Nisha applies the same evil tricks and ends up physically threatening Ahmer’s wife when Ahmer does not give a positive response to Nisha’s seductive tactics. In the end, Nisha falls down after an accident which represents the tragic end of the devil’s advocate.

For girls, it’s filthy advice of ruthlessly going after what they want. Women of all ages have a strong desire of having the finest things but not all of them are taught to earn these for themselves as the Pakistani society generally does not support working women.

Consequently, these girls feel like they don’t have any other choice and grasp whatever is in front of them. Even if the story told “what not to do”, the emphasis was still on “what you can do”. These girls end up either violating the sacred boundaries of family ties or choosing to become the second wife of some guy just because he is rich. And the emotional dissatisfaction and disturbed married life that comes after is the subject for some other day.

The Pakistani drama industry took advantage of this real-life problem and gave such boys and girls a new direction. That’s right, it’s called dating in secret until you both are ready to make it official. But the problem is that it hardly ever becomes official. It requires a great deal of maturity and commitment to wait for years to get married and 95% of young people are simply incapable of doing that.

The drama Inkaar is the best depiction of bad circumstances that this secret dating dynamic leads to. Hajra, the heroine does not realize in the start that the man she is secretly dating and intends to marry is a controlling psychopath. Keeping this all hidden from her family leads to humiliation and other painful challenges. Though her family turned out to be supportive, this is not the case with all women of this society. Most of us are either restricted from going out or married immediately to whoever is available because “family honor” is at stake.

What can be done?

The feelings of love and attachment are natural and can happen to anyone at any time. So, it’s the family’s responsibility to make their children comfortable with “love talk” so that safety measures can be communicated. Most of the families only threaten young boys or girls to stop their education or cut them out of family and business if they are caught dating someone. So, secret dating becomes a safe option that the Pakistani drama industry uses to tame youth’s vulnerable side and lead them towards dire consequences.

There is no single drama to name as most of them showed the breaching of sacred family ties as just another evil tactic when the problem is much bigger than that. Sisters going after each other’s love interests, brothers fighting over the same woman, etc are the cringy examples to pick when telling masses a story of envy or competition between siblings.

Drama Jalan and Maat are the best examples. Also, almost a decade-old drama on Hum TV called Qaid e Tanhai still depicted Ayesha as a victim even when she had an affair with her husband’s best friend. Her husband’s second marriage pushed Ayesha to do such a thing because she perceived the second marriage as cheating and betrayal. The drama tried to show that it’s okay to cheat on a person who has legally tied a knot with another person that your religion permits.

There must be many terrible examples than this that I haven’t watched. Tell in the comments if you know any.

Yes, some toxic families push women to do things without considering their will but that does not mean violating the family’s boundaries of protection is the answer. If the family is toxic and strict, then the outside world is cruel. The way the Pakistani drama industry tried to normalize this behavior can be seen in the drama Baaghi which is based on the true story of Qandeel Baloch.

In her life, she went through domestic violence because of a physically abusive husband and inconsiderate family who keeps sending her back to her husband “takay ghar bach jaye” even when he gives her the divorce.

This convinces Fauzia(Qandeel’s real name) to go her own way. As she didn’t have any professional or academic qualifications, she uses her sexuality to earn money and feed her son. But this freedom only makes her more vulnerable as other people start to see her as an object of sexual desire and her family starts to loath her. Her story ends when her brother murders her because men everywhere are watching her videos.

Her brother was wrong to murder her and she should have been given a chance to live a more dignified life. But the problem is that the storyteller tried to justify her doings as a “helpless girl’s attempt of surviving”. Physical and emotional abuse is the story of every other house in our society but that does not mean we should all follow Fauzia’s path as the drama tried to tell. This hollow freedom does not lead anywhere and many girls have been eaten up by the horrors of this road.