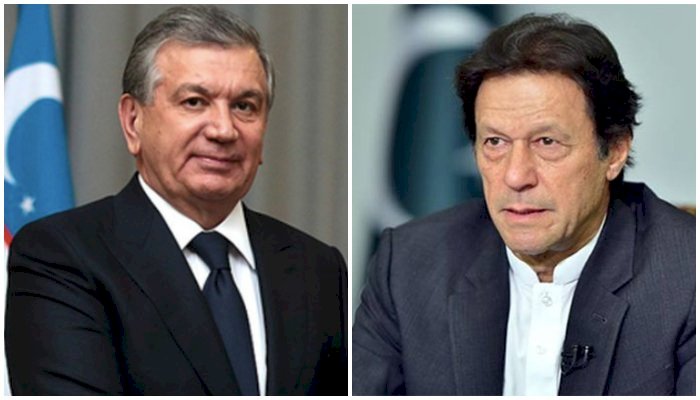 Prime Minister Imran Khan stated on Wednesday that the Trans-Afghan Railway Line Project, approved among Pakistan, Uzbekistan, and Afghanistan earlier this year, would change the geo-economic dynamics of the entire Central Asian region.

The project would be the first step in connecting the Central Asian transport network with Pakistani seaports of Gwadar, Karachi, and Bin Qasim, the prime minister mentioned as he was speaking at the virtual meeting with Uzbekistan President Shavkat Mirziyoyev.

During the meeting, extensive discussions took place. The two leaders exchanged views on two-sided, regional, and international issues. They also reviewed the whole spectrum of bilateral relations with a particular focus on domains including political, trade, security, and defence, and educational and cultural.

The two leaders restated their determination to maintain the momentum of high-level interactions and improve the upward trajectory of bilateral relations.

The prime minister highlighted the importance of improving political and diplomatic linkages, fast-tracking trade, and economic cooperation. He also ensured the early completion of the Preferential Trade Agreement (PTA) and Transit Trade Agreement (TTA). Increasing security and defence cooperation and taking measures to extend mutual collaboration in the fields of education, culture, and tourism was also assured by him.

He also emphasized the importance of rail, road, and air connectivity and underscored the huge potential which existed in diverse fields to build an expanded and mutually beneficial partnership. The prime minister underlined Pakistan’s economic and security paradigm and its shifting focus to geo-economics.

The two leaders also talked about significant global and regional matters of mutual interest and agreed to last support to each other at all international and regional forums, including the UN, OIC, SCO, and ECO.

The prime minister also updated the Uzbekistan president regarding the latest situation in occupied Jammu and Kashmir.