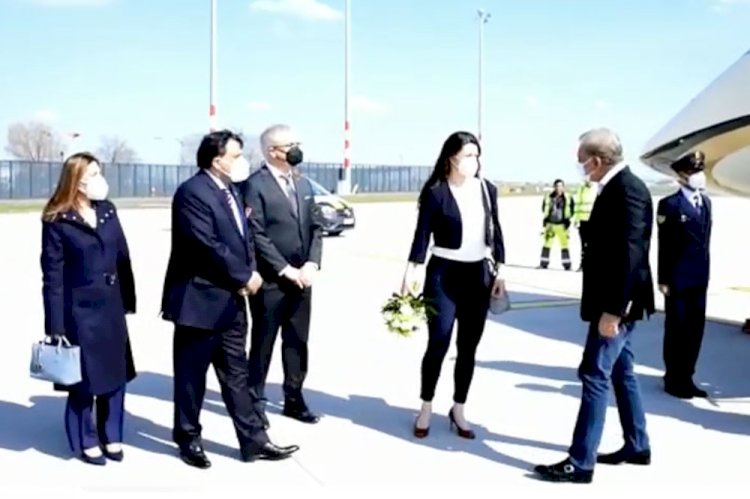 To celebrate 70 years of diplomatic relations with Germany, Foreign Minister (FM) Shah Mehmood Qureshi is in Berlin for a two-day visit with a delegation.

According to the foreign minister, it was a pleasure to be in Germany at the invitation of his German correspondent.

"Pleasure to be in Germany on the invitation of FM HeikoMaas, as both the countries celebrate 70 years of diplomatic relations. Lang leben die Pakistanisch-Deutschen Beziehungen," the foreign minister stated in a tweet.

The minister will conduct meetings with businessmen as well as community leaders.

According to him, more than 100,000 Pakistanis live in Germany who are playing a very positive role.

The FM stated that for achieving the goal to increase cooperation in the field of economic diplomacy and the exchange of technology, he will hold talks with the German leadership.

He said he will have a discussion with his German correspondent, Heiko Maas, regarding important regional and international issues.

Qureshi further stated that Pakistan desires to expand parliamentary relations with Germany and activate the already existing relationship between the two countries.

Fitch Affirms Pakistan Foreign Currency At B- With Stable...

Pakistan Calls Out Chinese Companies To Set Up Energy Manufacturing...