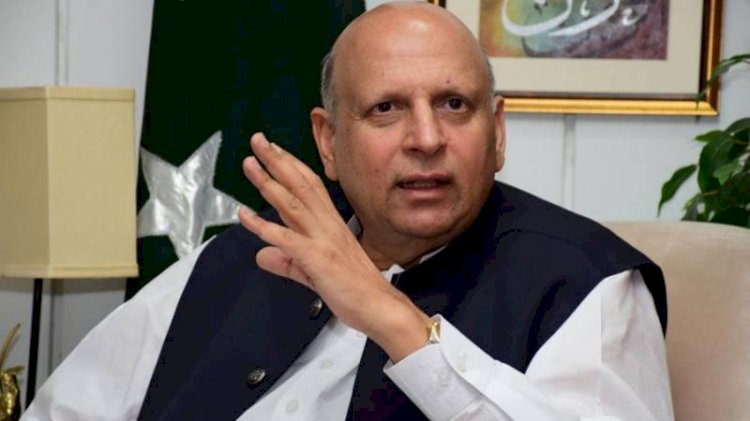 Punjab Governor Ch Muhammad Sarwar announced an Rs100 million fund for the Palestinian people in collaboration with the business community and stated that they are also launching the campaign ‘Give Peace and Freedom to Palestine’ on Tuesday.

I will contact the European and British members of parliament and Israeli violence will be exposed, he stated. In Pakistan, no one will accept Israel unless Palestine will be given freedom.

He was speaking at Solidarity Palestine Conference at Governor House and talking to the media. Resolutions were also passed during the conference to express solidarity with the Palestinian people and also against the current Israeli terrorism.

Governor Muhammad Sarwar, while addressing the media on the occasion, stated that he would like to express gratitude to Gohar Ejaz, SM Munir, Mian Ahsan and others from the business community for their contributions to the fund of Rs100 million for the Palestinian people.

According to Senator Waleed Iqbal, Prime Minister Imran Khan is committed to uniting the entire Muslim Ummah against Israeli aggression. I am calling leaders of all Islamic countries to go beyond personal and political interests and merge for the resolving of the Palestinian and the Kashmir issue.

Israel is violating both human rights and international law, he added. In his address, Khurram Nawaz Gandapur stated that 220 million population of Pakistan are united on the Palestine issue and the time has come for the Muslim Ummah, to unite and save the Palestinian people from Israeli terrorism.

As stated by Justice (retd) Nasira Javed, in the West in the case of human rights, everyone is united, but on Israeli terrorism, even the human rights activists have become silent spectators and the silence of international organisations including human rights is a crime. If the issue of Palestine and Kashmir is not resolved, the dream of world peace will remain there, she added.

PML-Q MNA Ch Salik Hussain also strongly condemned Israeli terrorism and stated that the Muslims must unite for the cause of Palestinians.

Read more: No Relief For Palestinians From Israel Strikes, Despite Diplomatic Efforts

Pakistani Woman Martyred By The Indian Firing At The LOC:...