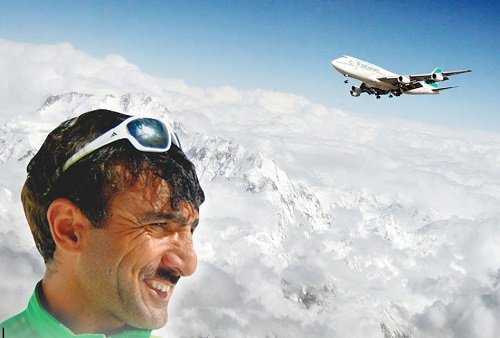 To expand the tourism sector in the country, Pakistan International Airlines (PIA) has decided to start the ‘Sadpara Air Safari’ service from Karachi, few days after announcing flight from Islamabad, reported on Thursday.

Named after the famous mountaineer Ali Sadpara, it will operate two flights in a week from Karachi. PIA is scheduling to start the first flight from the biggest city in the third week of June.

In the first phase, the national flag carrier will operate a ‘Sadpara Air Safari’ flight from Islamabad on June 12.

As per a PIA spokesperson, the first flight will be from Islamabad to Skardu on June 12 and Rs25,000 will be the one-way fare for the Air Safari service.

In 2018, PIA had announced the launch of its Air Safari service. However, the national flag carrier had shut down its planned commercial launch of the Air Safari flight, few days after announcing the service owing to operational difficulties.