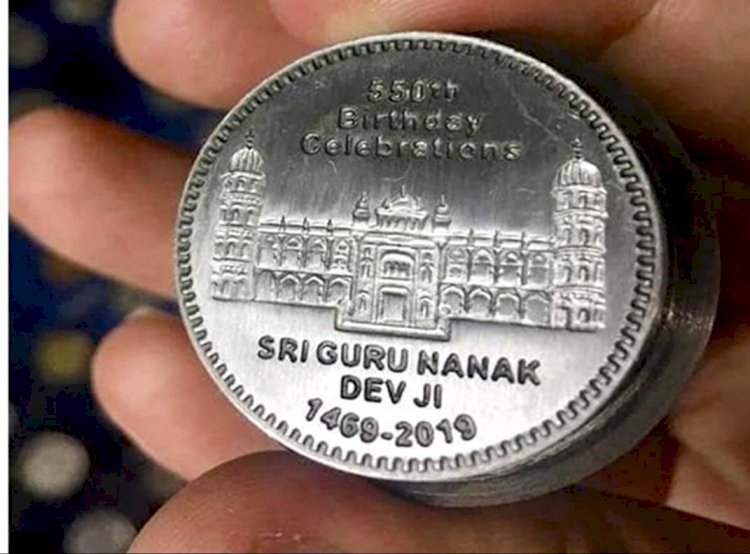 Baba Guru Nanak’s 550th birth anniversary was celebrated by issuing a memorial coin. This celebration was formally conducted to encourage harmony among different faiths. This ceremony was held in Karachi today.

The light was thrown on the teachings of the Sikh religion which were mainly focused on peace and brotherhood. This coin was identified as the best way to communicate the message of Baba Guru Nanak. The Sikh community celebrates his birthday today on November 12 and the released the coin is a good initiative for building Muslim-Sikh relationships.

These coins will be available for Rs 50 with Guru Nanak’s face and stamps with the image of Gurdwara Janam Asthan for Rs.8 for visitors.