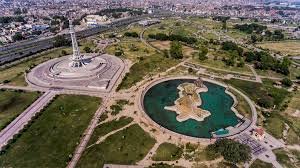 The local management of Pakistan Tehreek-e-Insaf’ has recommended the Punjab government to split Lahore into four districts instead of two and deputy commissioners should be appointed in these districts.

The President of central Punjab Ijaz Chaudhry presented the recommendations before the prime minister and chief minister of Punjab. Furthermore, the leadership also suggested the segregation of hospitals on an administrative basis.

At first, the Punjab government had determined to divide Lahore into two districts.

A new administrative structure submitted by The district administration to the commissioner Lahore, in this proposal Lahore is likely to be divided into two districts, sources told.

For the last one year, senior Punjab bureaucrats who had been working on it finalized the new administrative structure.

Lahore is Pakistan’s 2nd largest city with a population of over 11 million. Lahore is the capital of the Punjab province and it is the 18th largest city in the world.

The provincial capital of Punjab is faced with a number of challenges like overpopulation, unplanned growth, congestion, pollution, and many more. Lahore is the regional urban center of commercial, financial, industrial and socio-cultural significance. –

Jahangir Tareen Not The Chairman Of Agriculture Task Force