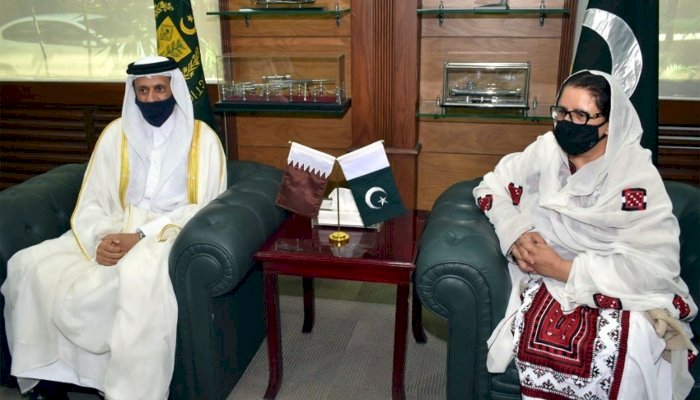 Minister for Defence Production, Zobaida Jalal on Wednesday has stated that Pakistan's military organisations are open for the Qatari Armed Forces to benefit themselves maximum from training facilities, mentioning Qatar as a confident and trustworthy friend of Pakistan

In a conversation with the Ambassador of Qatar to Pakistan Sheikh Saoud bin Abdulrahman Al Thani in Islamabad, Jalal said both countries need collaboration to further extend two-sided cooperation beyond the economic domain including defence, military exercises, training of personnel and joint ventures.

Contrarily, the Qatari ambassador ensured his government’s obligation to fully cooperate with Pakistan and its people to enhance bilateral ties between the two countries.

Earlier in January, Pakistan Army chief General Qamar Javed Bajwa also had a meeting with the top Qatari leadership, Emir Sheikh Tamim Bin Hamad Al-Thani was also part of that meeting. The topics under discussion were matters of mutual interest, defence and security cooperation, according to a statement from the military’s media wing.

The COAS had cherished the high standards of the institution and its efforts towards preparing young cadets to face challenges of the future battlefield.