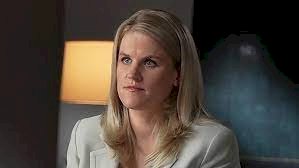 The sudden but not so unexpected shutdown of Facebook and associated services for the 7 hours put the company and the users under major crisis. Among the suffering ones are online businesses and Zuckerberg himself who lost 6 billion USD in a short time, also causing a drop in his rank in the list of the world’s richest people.

The platforms came back online but after that, the world is waiting for another blow that would be on air by the end of the day. Former Facebook employee Frances Haugens’ interview connects the dots with yesterday’s event.

The outage was attributed to “networking issues” but the timing is peculiar. Last week, Facebook’s Safety Chief appeared virtually at a US congressional hearing about the social media platform. Congress asked the questions regarding the user’s mental health and privacy concerns.

A very important and revealing interview was aired last Sunday and Facebook was down for 7 hours on Monday which according to US timing is like “interview aired the Sunday night and Facebook along with Instagram and Whatsapp were facing outage by the Monday morning”.

Now the Facebook’s “Whistle Blower” comes into the picture who gave the interview to 60minutes and is actually a former employee of the company. The whistleblower Frances Haugen stated,

“They told us ‘We are dissolving Civic Integrity’. Like, they basically said, ‘Oh God we made it through the elections, there weren’t riots. We can get rid of Civic Integrity now.’

Fast Forward a couple of months, we got the insurrection and when they got rid of Civic Integrity, it was the moment where I was like ‘I don’t trust that Facebook is willing to actually invest what needs to be invested to keep Facebook from being dangerous.”

. Frances Haugens said in her interview that she was appointed to Civic Integrity when she started at Facebook. This department control false and hateful content during times of elections. The events that followed led her to reveal some internal research conducted by Facebook.

Haugens would appear before Congress today to testify about Facebook’s practices and lack of transparency surrounding hateful content and the spread of misinformation.

Lars Vilks, the blasphemous cartoonist died in a traffic accident