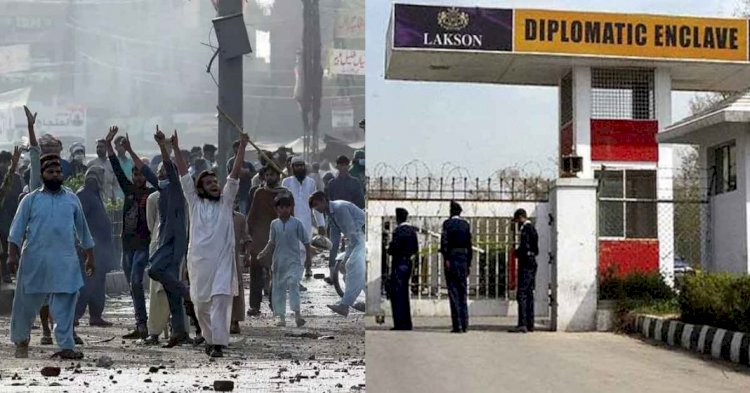 The French Embassy in Pakistan advised all of its nationals and firms to leave the country for the time being on Thursday after anti-France violence broke out in the country due to the arrest of a son of the founder of Tehreek-e-Labiak Pakistan (TLP), Allama Khadim Hussain Rizvi (Late), reported by foreign media.

Saad Rizvi, son of Allama Khadim Hussain Rizvi, was arrested on Monday for threatening the government with huge protests if it did not expel French representative ‘Marc Baréty’ from Pakistan over the publication of blasphemous sketches.

As stated by French Foreign Ministry spokeswoman, Agnes Von Der Muhll, around 400 to 500 French citizens live in Pakistan and they will be allowed to leave the country through commercial flights.

There was no immediate remark by Pakistan’s foreign ministry. However, according to interior minister Sheikh Rashid Ahmad, French citizens living in Pakistan were safe and had been provided with security.

At a news conference Wednesday, the operation against Rizvi supporters was initiated when they refused to end their protest peacefully. According to the interior minister, a government order was being formally issued to ban Rizvi’s party so that nothing like this happens in the future.