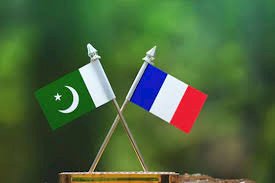 PM Imran Khan will head a meeting of the federal cabinet to review and revise the plan for the economic, political, and security situation of the country.

The main agenda of the meeting will be to discuss and decide the next step about diplomatic relations with France.
The diplomatic relations between the two countries have been in reverse gear ever since PM khan criticized French President Emmanuel Macron over his anti-Islam attitude and actions, disparaging him for deliberately hurting the feelings of billions of Muslims around the world.

President Macron’s comments were in response to the killing of a teacher for spreading and displaying blasphemous cartoons. Since then, the Muslim world has started the boycott of the French product, and the government of Pakistan is also under immense pressure to do the same.

Besides this, the cabinet meeting will also overview the progress of the Organization of Islamic Cooperation’s (OIC) recent moot.

Moreover, other economic, security, and political scenarios will also come under discussion in the meeting.