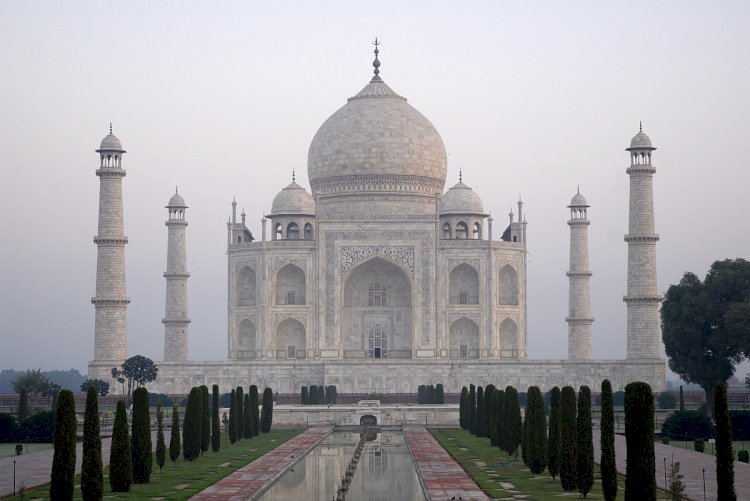 To revive the economy, Indian authorities on Wednesday reopened the Taj Mahal (Agra) to the public as it experiences a devastating second wave of the COVID-19 pandemic.

The white marble tomb, built by Mughal emperor Shah Jahan in 17th-century, was closed in early April as India imposed strict lockdown measures to curb a surge in COVID-19 infections that are still taking the lives of thousands every day.

According to the district magistrate of Agra, ‘Prabhu Singh’, only 650 tourists can stay inside the premises of the Taj Mahal at a time. The monument normally attracts more than 20,000 people per day or 7 to 8 million visitors annually per year.

Uttar Pradesh state, where Agra is located, reported 270 new cases of coronavirus overnight along with 56 deaths. It is one of India's hardest-hit states for total COVID-19 cases.

Other monuments, including Qutub Minar and New Delhi's Red Fort, were also reopened to tourists on Wednesday, despite alarm bells ringing owing to the resurgence of crowds in major cities of India that can fuel another spike in infections.

On Wednesday, according to India's health ministry, 62,224 new COVID-19 infections were reported overnight, a bit higher than Tuesday's figure. The country reported 2,542 deaths overnight, bringing its total fatalities to 379,573.

The government is urging to lift restrictions for the resumption of jobs and businesses in the battered tourism sector. According to the World Travel & Tourism Council, the number of jobs in the travel and tourism sector in the country fell almost 21% last year.

"The tourism industry here won't survive until international tourism starts," stated ‘Ramesh Wadhwa’, president of the Hotel and Restaurant Owners Association in Agra. United States, Britain, Canada, and France are a few of the countries that have imposed a travel ban to and from India.