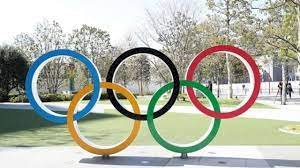 Japan is pondering over requiring spectators of the Tokyo Olympics to show negative Covid-19 test results or vaccination records, according to the Yomiuri newspaper on Monday, as per a new poll, public opposition to the Games remained strong.

A new state of emergency has been extended on Friday by Japan and other areas till June 20, and as the opening of the Games is just two months away, the fourth wave of coronavirus and a slow vaccination rollout has shaken the public confidence.

Foreign spectators have already been prohibited and the organizers are likely to decide next month whether Japanese fans will be allowed to attend the Games, scheduled between July 23 and Aug 8, and under what conditions.

Although other measures including banning loud cheering and high-fives, according to Yomiuri, the government was also thinking about whether spectators should be needed to show a negative result of coronavirus test taken within a week of attending an Olympic event.

As per the government’s top spokesman Katsunobu Kato on Monday, he was unaware of any decision on the matter.

“To make the Games a success, it’s necessary to consider the feelings of the people,” Kato stated, adding that organizers were preparing to reassure measures were ready to stage the event safely.

However, according to Toshiaki Endo, vice president of the committee, some spectators could be allowed into venues, although he wanted a total ban to ensure the public amid widespread opposition to the Games.

The report by Yomiuri triggered social media criticizing the country’s constant push to host the Olympics in a pandemic.

The term ‘negative test certificate’ was circulating on Twitter in Japan, resulting in more than 26,000 tweets by Monday afternoon.

“If we can’t eat, cheer, or do high-fives, why we should pay for a ticket and an expensive test?” asked a Twitter user, whereas others questioned the accuracy of those tests.

According to a poll published by the Nikkei newspaper on Monday, more than 60 percent of respondents wanted to cancel or delay the Games, a result following previous polls by other media outlets.

The Games have already been suspended once owing to the pandemic but the Japanese government, as well as the International Olympic Com­mittee, have mentioned that the event will continue under strict Covid-safe rules.