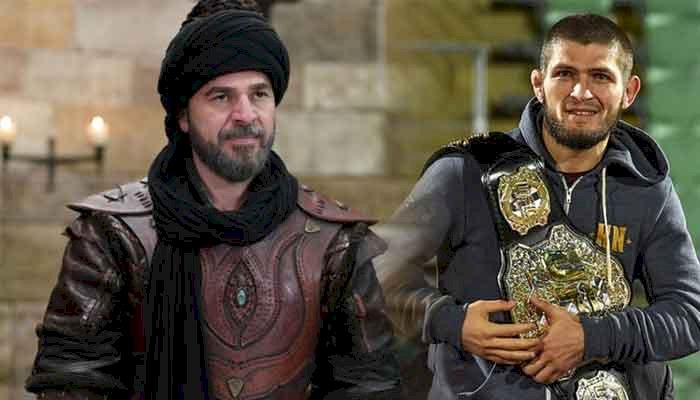 2 days ago Khabib Nurmagomedov has announced his retirement from the Russian Mixed Martial Arts (MMA). He revealed that he took the decision because he promised his mother the fight with Justin Gaethje would be his last fight. Khabib is a world lightweight champion and in his last match, he defended his lightweight title.

Millions of people paid tribute to the Khabib after the announcement of retirement; Turkish actors have been included in his fan and followers group.

Celal Al, who performed the role of Abdur Rehman Alp in “Dirilis: Ertugrul”, shared a picture with Khabib on social media.

In 2018, the Russian MMA champion, who’s a huge fan of “Ertugrul”, had visited the sets of the famous Turkish TV sequence “Dirilis: Ertugrul”. At that time he had posed for photos with different stars like Engin Altan, Celal Al and many more.

On Instagram account Celal Al posted  “ELHAMDÜLİLLAH Allah bless you, you are our whole pride, we will always proud of you and your successes. Your descendants will also wear this pride, Insha Allah. My condolences to you for your father.”