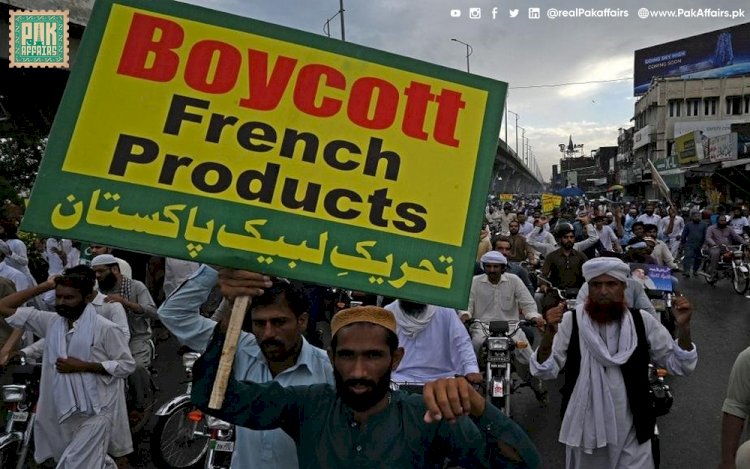 Calls for boycott French have been growing since Turkish President Tayyip Erdogan urged Muslim Ummah to join hands and collectively boycott all French goods to protest against the publishing and displaying the blasphemous caricatures.

Although the boycott is getting a lot of attention in the Muslim world and the movement has been growing gradually. The support can be heard more loudly and widely in turkey, and few Arab countries.

However, can Pakistan afford to boycott France and its products is the real question? As per statistics on United Nations COMTRADE database on international trade, in 2019, Pakistan imported US$420.09 Million worth of goods from France that amounts to 0.86% of the total imports of Pakistan.

Many of these imports were highly essential for Pakistan’s economy, for example, packaged medicine, pharmaceutical goods, vaccines, cultures, and toxins, etc. which are no 1 on Pakistan’s list of imports from France.

Other manufactured goods that top the list are Machinery, nuclear reactors, boilers, and scrap material.

French grocery store, Carrefour and Gas station, Total have seen a lot of backlash in the Middle East, however, no such observations have been made in Pakistan. French cosmetic brand L’oreal had to face a drop in sales after the boycott too.

The estimation on loss the French economy will have to face due to this protest cannot yet be made, as the statistics are not available yet but one thing is clear, that even if this loss is small, it will have a long term effect on French economy especially because pandemic has already made dents in it.