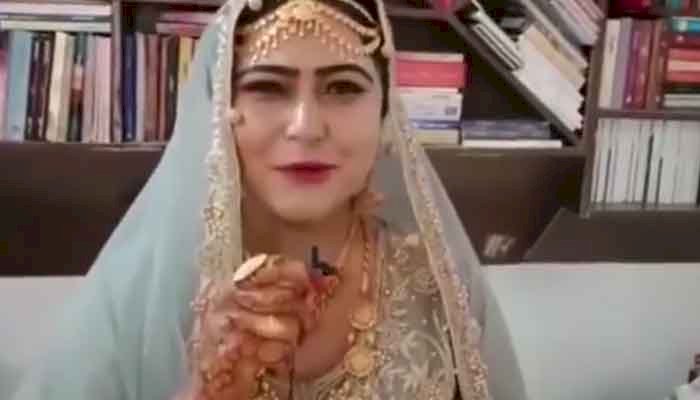 Although giving expensive items as "Haq Mehr" to brides is considered a tradition in our society, for their wedding, Mardan's Naila Shamal has asked her husband for books worth Rs. 100,000 in its place.

Haq mehr is the mandatory payment that can be given in the form of money, jewelry, home goods, furniture, and/or any other form of property. It is a gift a husband gives to his wife on their marriage.

Only the woman has the privilege over her haq mehr, and it should be paid under Islamic law and customs.

In the above photo, Shamal can be seen dressed in a bridal outfit. She said, "I have demanded books worth Rs100,000 for Haq Mehr, as u all people know. One reason behind this is due to growing prices in our country, we cannot afford costly gifts. At the same time, we should try to eliminate wrong customs from our society,".

Shamal then said that most women want money or jewellery as Haq Mehr but she decided to go for books as, being a writer, it was important for her to show admiration for books.

"As a writer, If I do not value the books then how can a common man do so?" she asked.

The video went viral on Twitter, as it got more than 29,000 views and was retweeted more than 350 times, and was tweeted by a user “Mona Farooq Ahmed”.