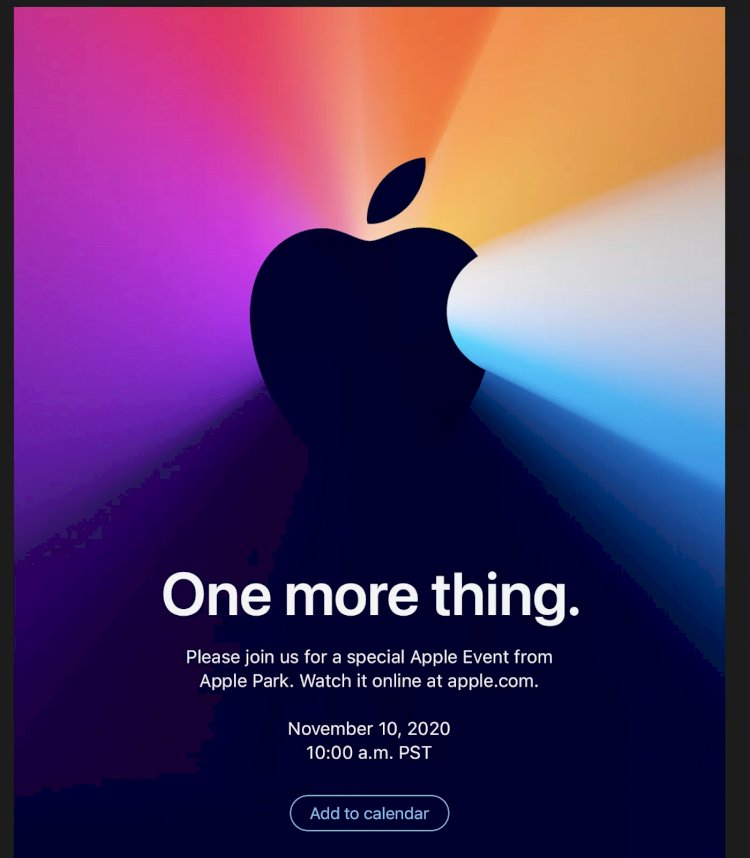 Apple announced a new Apple event to take place on November 10, named ‘one more thing’. The news took the internet by storm. Speculations about the products, specifications, and prices took the pace as well.

Earlier Apple announced that it will release a new MacBook before the end of this year. This event is for it.

Tech lovers are anticipating this event to be historic, changing the computer industry forever.

Before talking about the rumored products. A little sneak peek about apple new silicon chip which would be replacing the traditional intel chips which apple have been using for years now. The chip is the changing point. The new MacBook is expected to have Apple’s own silicon chip. The new family of apple silicon chips is based on the E14 Bionic chip. This means that in the future MacBook will be containing the same chips as that of iPhone and iPad. There are few benefits of these chips, such as they have simple architecture compared to intel x86 architecture increasing their performance per watt giving the new chips better battery life, and less heat production.

This means the problem of poor battery life and overheating problems in mac books will be solved.

According to China time, the A14X chip has already been produced in bulk. This is an updated version of the A14 chip used in the iPad and iPhone. They give the best core performance. Hopefully, the updated version will be even better.